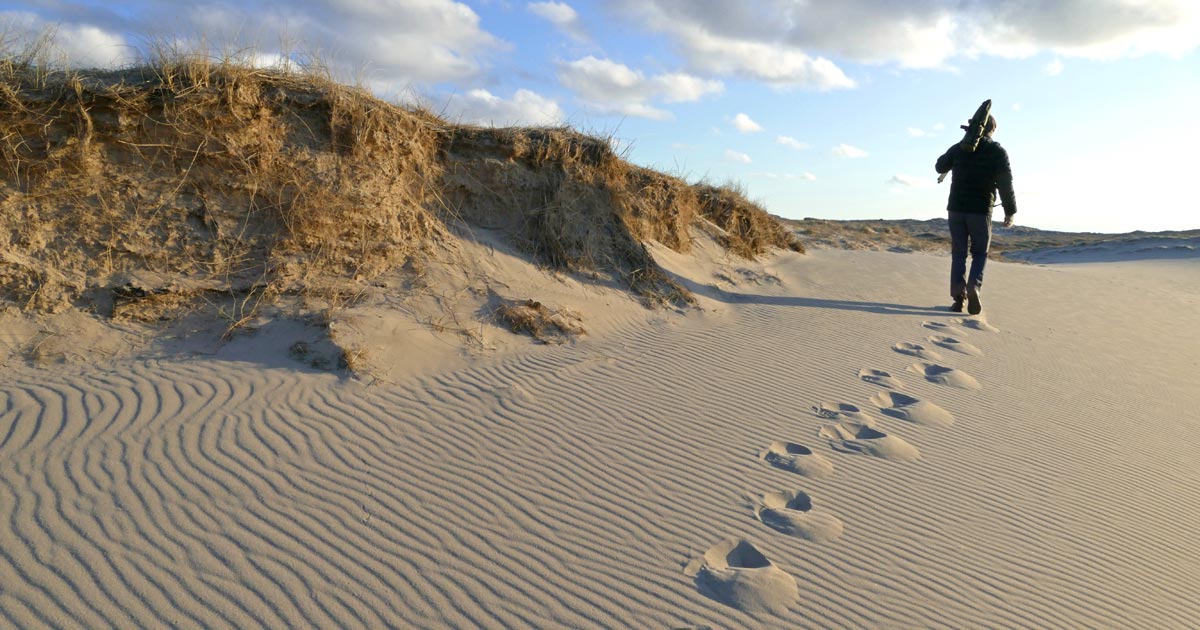 When I was a boy living in a small rural community in Newfoundland I often heard about Sable Island. It was usually as a part of a threat by my aunt who would warn me that if I didn’t behave myself I would be shipped off to Sable Island to live with the horses. You can imagine her reaction many years later when I told her I was going to work on Sable Island. She looked at me very serious and said, “What did you do?”

Even though my aunt thought living on Sable Island would be punishment, I first became infatuated with this remote sandy island as a teenager when I saw a National Film Board TV show. Sable Island with its wild horses and windswept landscapes was always one of those mystical places that captured my imagination.

When I heard that the island was going to be a national park I realized that working on Sable was now a real possibility. When the position was posted for an Operations Coordinator with the Sable Island National Park Reserve, the opportunity was too good to pass up. With Sable Island located 160 km offshore, all I could think about was being a naturalist in one of the coolest places in Canada and the incredible birding opportunities that awaited me.  Even though my academic background is in the study of botany, over the past thirty years I have become an avid birder. 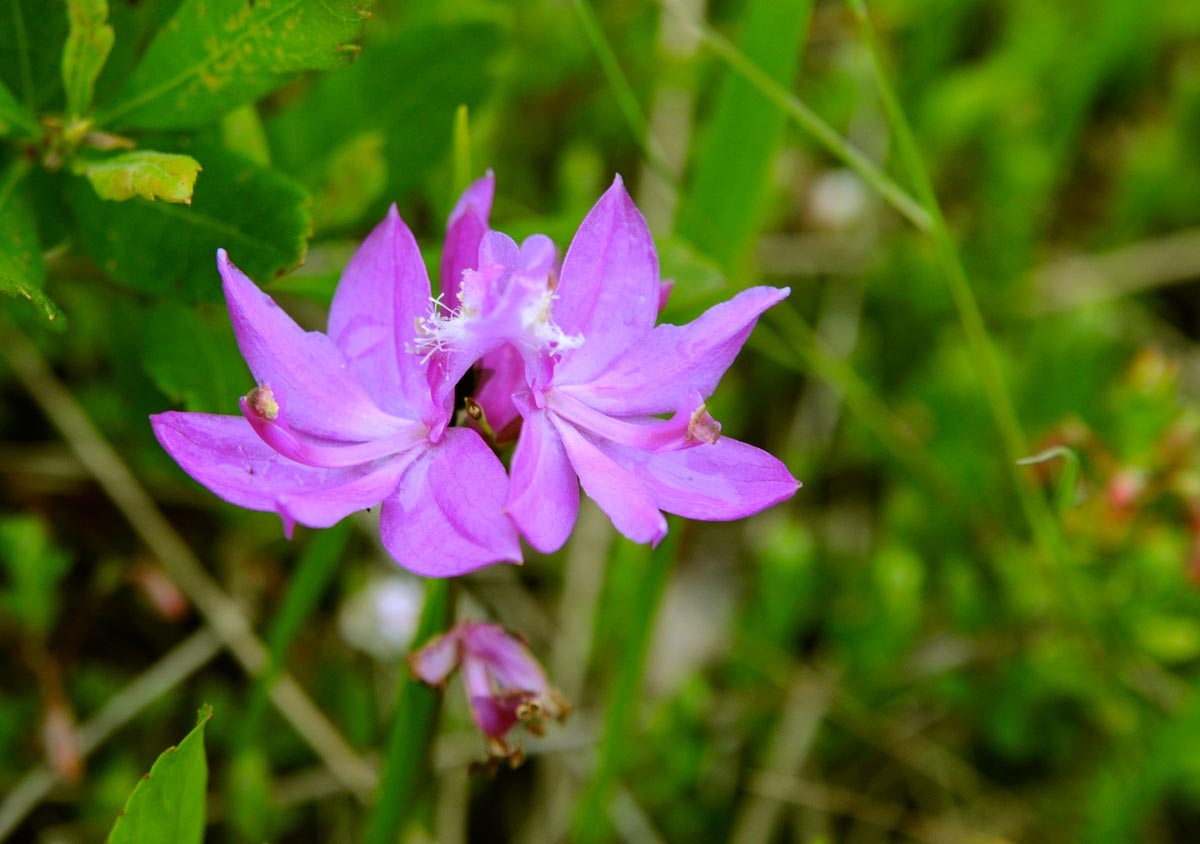 My first two-month rotation on the island was in 2016 in late September, right in the middle of the peak bird migration. I was not disappointed. My first evening walking west along south beach was incredible. Songbirds that I would usually see in the tops of trees during migration were now scattered all over the ground. The high winds of the previous day brought in thousands of birds including seven species of warblers, several sparrows and a mixture of other songbirds. 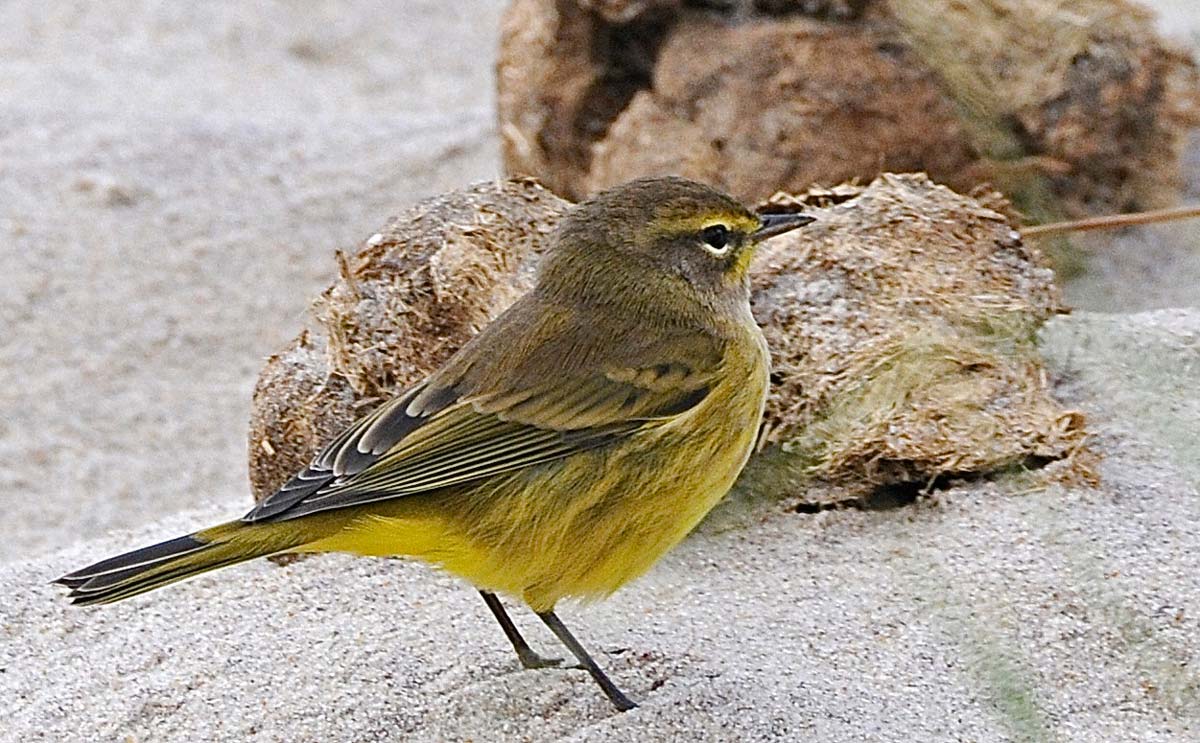 Palm Warbler, standing on the beach in the lee of a pile of Sable Island horse dung, September 25, 2016.

I was especially delighted when a male Purple Finch, with its bright raspberry colour, landed on the leg of my tripod that I was carrying over my shoulders. It just sat there staring at me for the longest time before flying away. It was obvious that birding on Sable was going to be completely different from anywhere I have ever birded before. 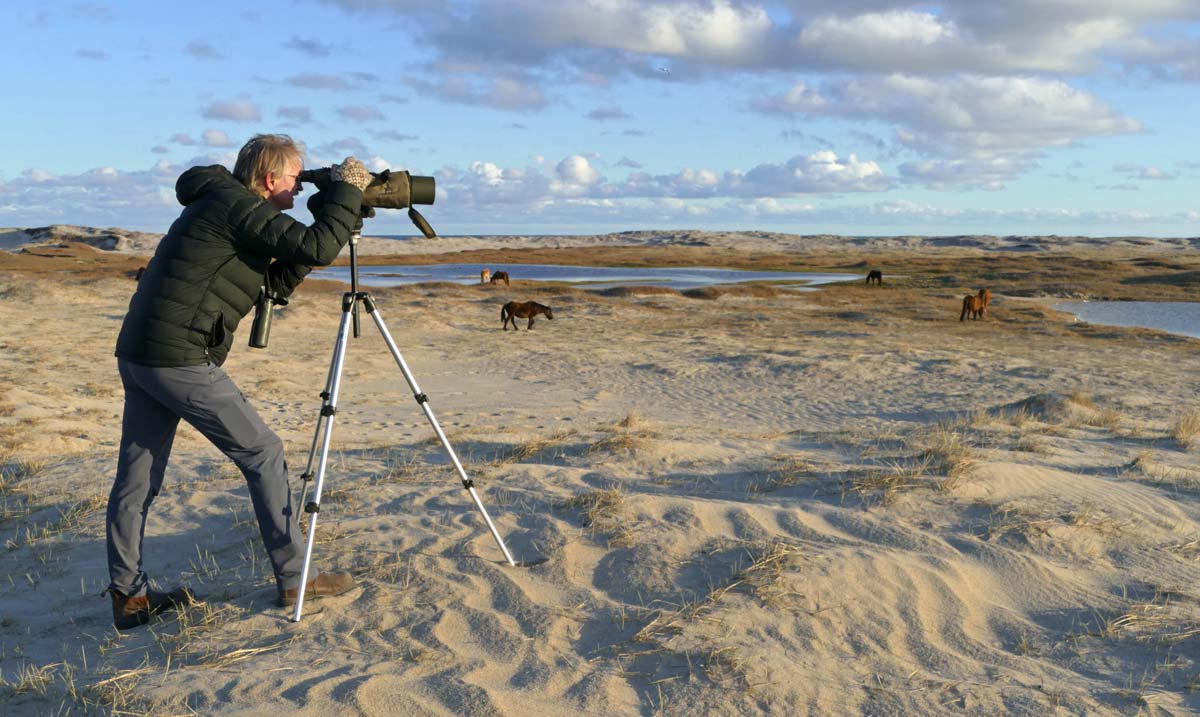 During the first year of my work, with a total of six months on the island, I saw almost 150 different species of birds. Sable is indeed a birder’s paradise. The amazing thing about the birds of Sable is very few actually nest on the island. Of the more than 300 species recorded for the island, fewer than 20 species nest here. Some of the most abundant are Herring and Great Black-backed Gulls, and Common and Arctic Terns. 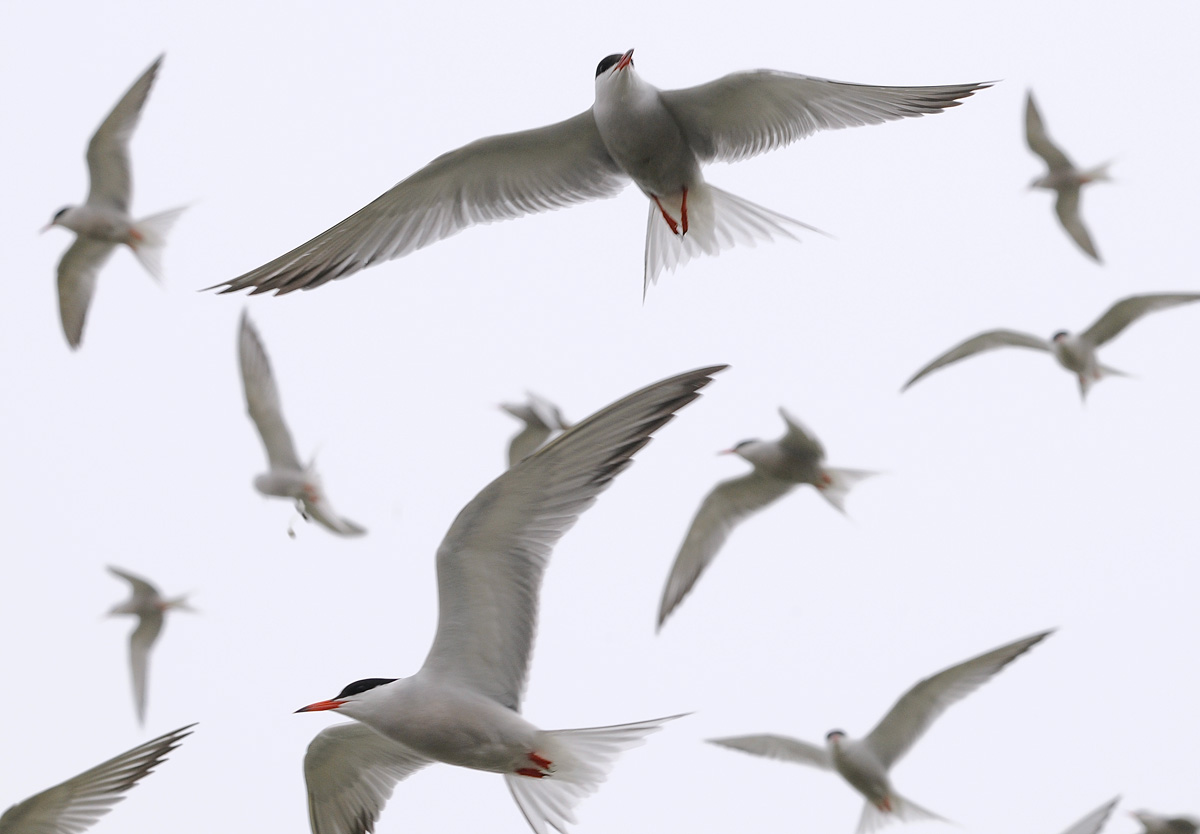 Common Terns in flight near the East Light nesting colony in early June.

The terns are a special delight for me because they remind me of my hometown in Newfoundland where the arrival of the terns was the first sure and glittering sign of spring, and they still inspire joy. Most people who spend extended periods on the island can barely tolerate them because of their aggressive nature and loud raucous calls, but for me they are music to my ears. The real delight, however, was seeing the rare Roseate Terns nesting on Sable Island. Here they nest in low numbers among the more abundant Arctic and Common Terns in a thriving colony in the eastern end of the island. To see all three species together is indeed a special birding moment and a real privilege to experience. 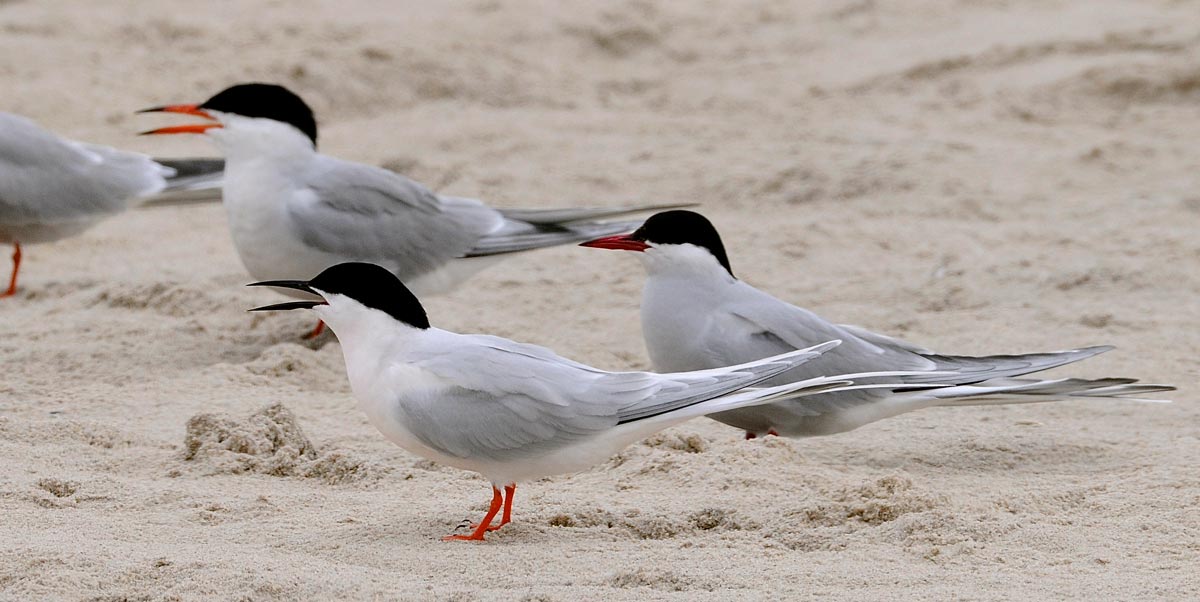 The other bird species that I have fallen in love with that nest only on Sable is the Ipswich Sparrow. All the literature states it is a sub-species of the Savannah Sparrow, a ubiquitous sparrow throughout North America, but I do not know why. The Ipswich’s plumage is much lighter, the birds are bigger, and the song is completely different. And the fact that they nest nowhere else on earth adds to the argument for it being its own species. Luckily, I get to live with them throughout the year as some even choose to spend the winter on the island taking advantage of Sable’s relatively milder climate. 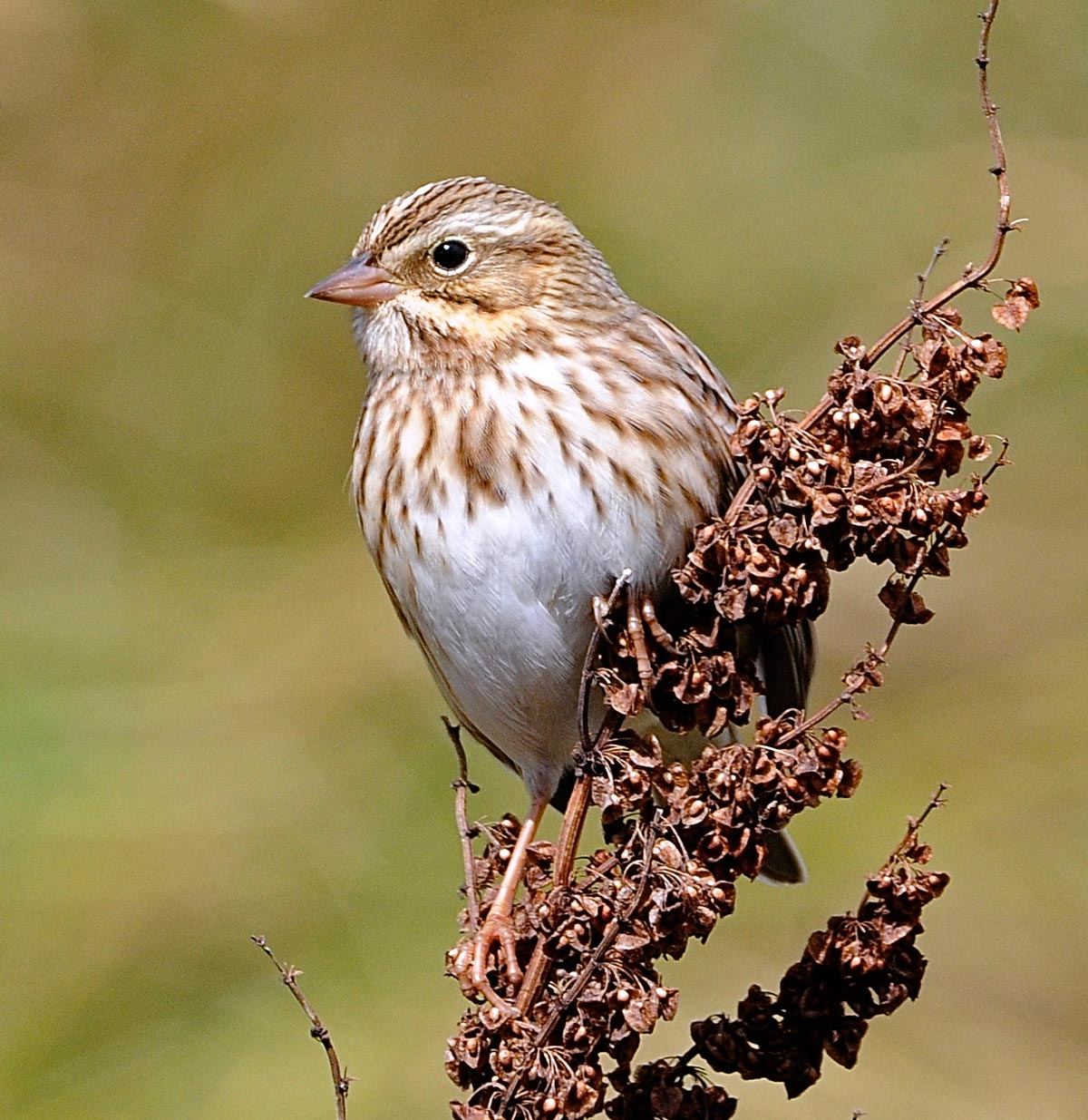 One of the biggest reasons that Sable is such an amazing birding spot is due to the frequent storms sweeping through the area and the island being a perfect resting spot for birds blown off course. In June of my first year on the island, after an intense storm raced up the eastern seaboard, I was lucky enough to find a Fork-tailed Flycatcher whose regular home is in the tropics. Other rare birds spotted in my first year include a Gray Flycatcher from the Rocky Mountains, a Tufted Duck from Europe, and a Lark Sparrow from the prairies. Each day exploring the island is a new experience especially after storms. It is like an exciting treasure hunt every day. 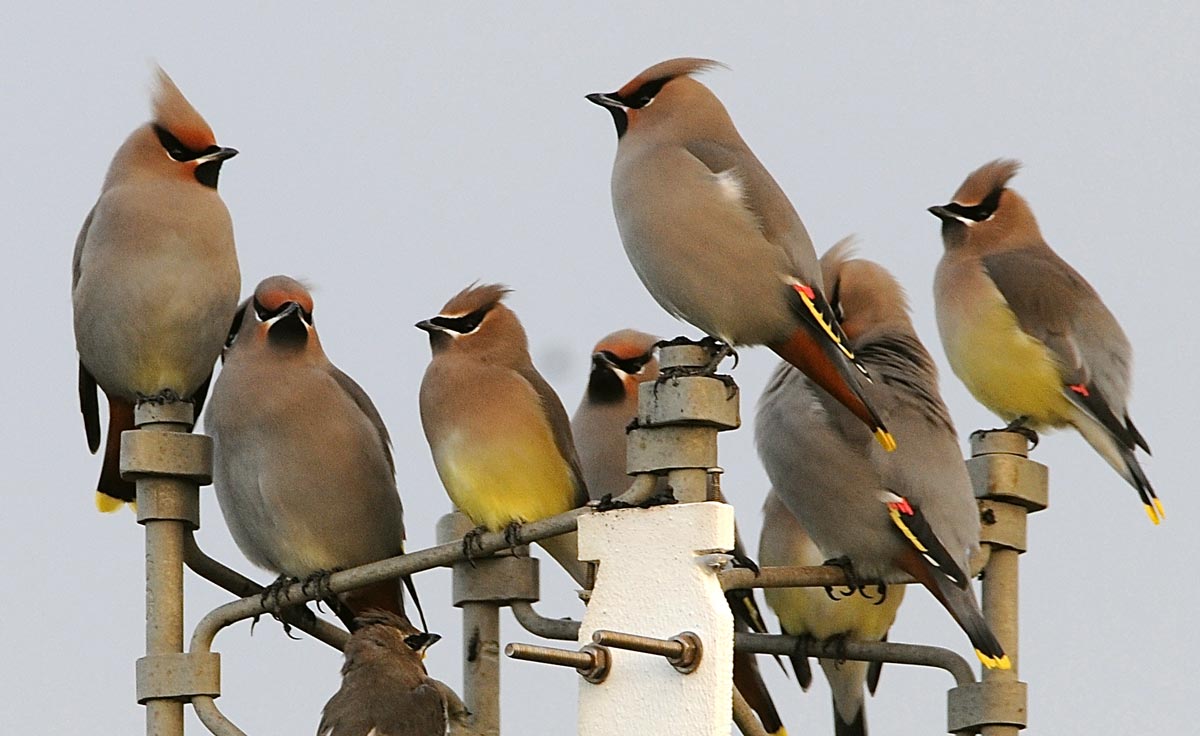 Bohemian and Cedar Waxwings perched on the top of a tower at the Sable Island Station, November 16, 2016. 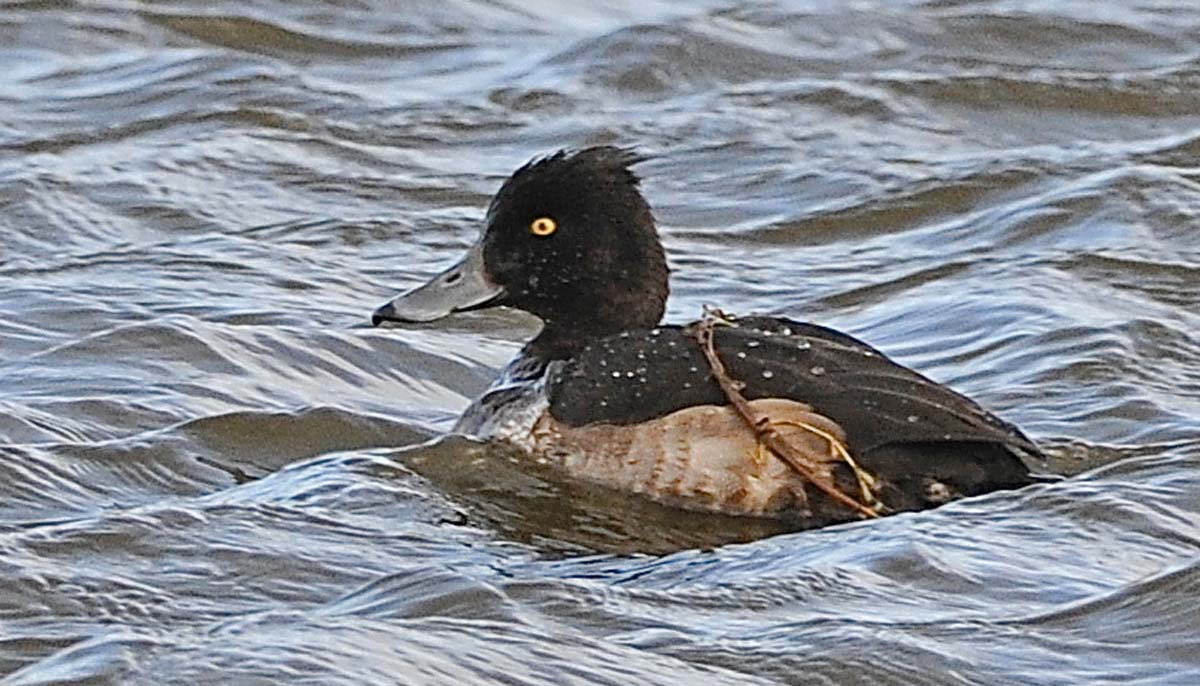 Tufted Duck, with a strand of water weed draped across its back, on Mummichog Pond, December 4, 2016.

It is not only the birds that make Sable special to me. Even though I was never a horse fan, I have grown to really love the wildness of these animals. Of all the mammals that were introduced to the island, how can you not respect the only one that managed to survive and persist? They are a constant reminder of how remarkable this island is. Also, I was not ready for the surprising numbers of seals that call the island their home, especially during the winter when they are in full pupping and breeding mode. As a naturalist, I can’t image a better place in Canada to live.

On a hill overlooking one of the island’s dune slacks. In these low areas between the dunes, often flooded during winter and early spring, cranberry communities are abundant (photo Zoe Lucas).

Every day I spend on Sable is a privilege and I will always be grateful for how lucky I am to live six months of every year on the island. I love the change of seasons and everything that comes with it. Whether it is a blooming flower in the spring, a comb jelly washed up on the beach, or a rare bird from parts unknown, every event is special and makes me feel alive. Sable Island is indeed a magical place even if it is just a wink in the sea.