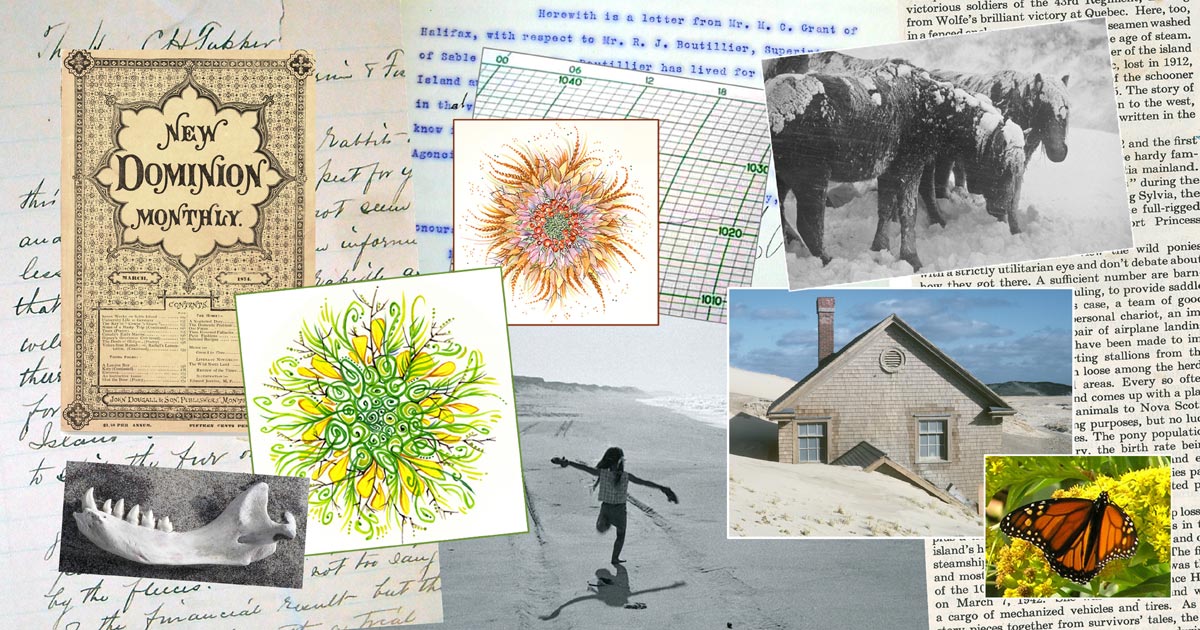 The contest is open to Nova Scotia youth writing in English. Prizes will go to two winners in each age category.

The prize package includes a cash prize ($100 for younger writers; $200 for the older), two books about Sable Island, a set of Sable Island note cards, and a year’s membership in our provincial writing association, the Writers’ Federation of Nova Scotia.

What aspect of Sable Island interests you?
Here are some examples that might inspire you:

And there’s so much more, so many different subjects to explore! You can choose whatever aspect interests you most.

Primary Resource – this website!
The Sable Island Institute site provides a wide range of information—and 100s of images—about Sable’s people, natural history, and activities. Some of the many images may provide inspiration and ideas for storylines or essay subjects.

And recommended library books:
History
Sable Island (2010), by Bruce Armstrong.
Sable Island Shipwrecks (1994), by Lyall Campbell.
Sable Island, Tales of Tragedy and Survival from the Graveyard of the Atlantic (2006), by Johanna Bertin.
Sable Island in Black and White (2016), by Jill Martin Bouteillier.
Science and Natural History
The Ecology and Biodiversity of Sable Island (2016), edited by Bill Freedman.

We recommend the above books and websites because it is sometimes difficult to avoid the less reliable sources of information available online and in printed material. These sources can give you inaccurate information.

Prose may be fiction (story) or non-fiction (essay). Winners will be chosen for a) excellence of research based on recommended sources, b) skillful prose, and c) an imaginative connection to Sable Island.

Submit your work in a Word document to sableinwords@gmail.com

The contest’s judges are all published authors and educators, and include persons with a depth of Sable Island experience.

Winners will be announced on Friday, June 10, 2022.
The winning writing will be posted on the Sable Island Institute website.

We are looking forward to reading your words!

Sable Island foals galloping across the south beach as they play.

An illustration of the wreck of the Arcadia in 1857. People working on the beach and in the lifeboat are the life-saving crew, rescuing survivors and salvaging cargo.

A sketch of a lifeboat team at one of the life-saving stations of the Sable Island Humane Establishment in 1900. Fishermen rescued from the wreck of the schooner Charles H. Taylor are standing in a group nearby.

A family band of horses nibbling bits of seaweed on south beach.

Grey Seals gathered along the edge of the surf. Some seals are holding their hind flippers up out of the water as the waves wash over the beach.

A Grey Seal mother and her white-coat pup are nuzzling each other as the waves wash over them.

February on Sable Island with a thin layer of snow mixed with windblown sand. In the distance, a Sable Island horse is grazing on the top of a high dune.

Beach pea flowering in mid-summer. The pea is an abundant and very nutritious food for the horses.

In mid-summer, many young horses are still shedding their winter coat hair. As the old hair falls out it forms scruffy tangles and mats, but in a month or so the coat will be neat and glossy.

Construction of the Sable Island Station started in 1944 when the weather service began launching weather balloons into the upper atmosphere to collect data on wind speed and direction, temperature, pressure, and humidity. The Station is now mostly owned and operated by Parks Canada.

A Sable Island sunset over the north beach in April.

Except where noted otherwise, all photos Zoe Lucas