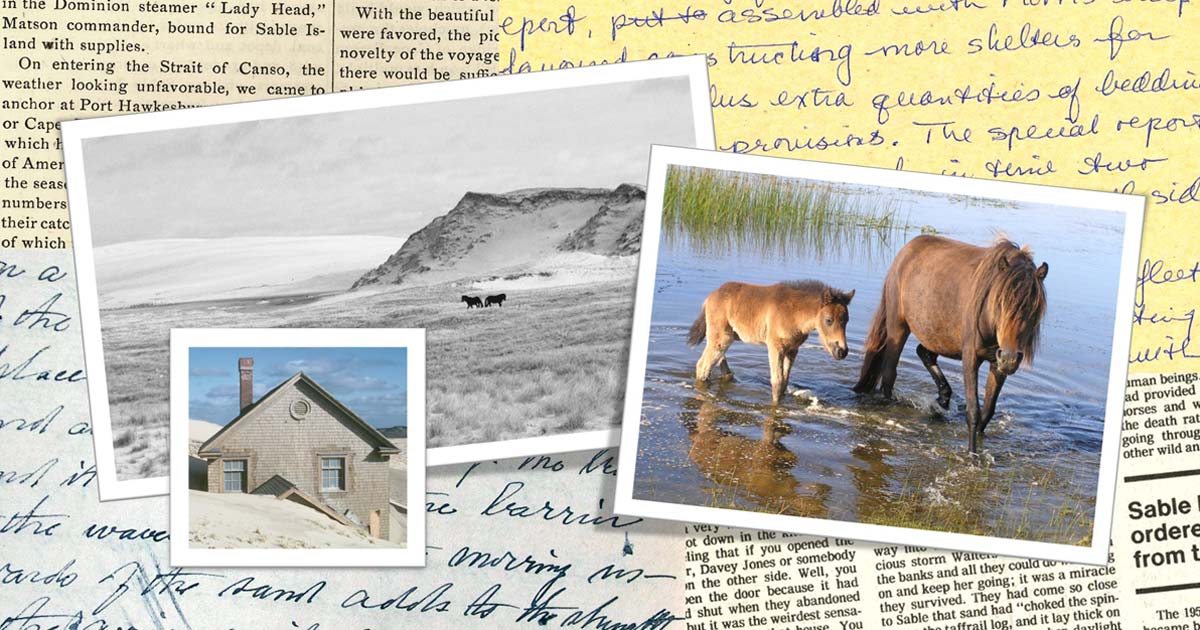 The contest has closed and all the submissions have been reviewed. We are delighted by both the number of entries, and the interest and enthusiasm of everyone who sent in stories and essays. We have been so encouraged by the writing that we are going to have the contest again in the fall, along with another for an older age group.

The winning submissions were chosen on the basis of creativity, research and writing skills, these three criteria being equally important. It was not an easy choice as some entries had wonderful story ideas but were weak in grammar and structure, and others were very well written but lacking in research. However, the winning stories were strong in all criteria, and the two winners are:

Harriet Ritchie for “Sable Through the Eyes of a Pony”
Quleanja Laureijs for “Sable Island—My Home!“

Although both of the winning entries happen to be written from the perspective of a Sable Island horse, some writers created very interesting stories about other aspects of Sable Island’s natural history and culture. For example, one story was in the voice of a young Ipswich Sparrow learning to fly and preparing for fall migration to the wintering grounds, and another was an intriguing tale of a ghost child wandering with the horses.

An honourable mention goes to Jorja Taylor for her story “A Pale Lady, Five Kids and a Missing Finger“. Being far longer than the 500-1000 words requested, Jorja’s entry could not be included in the contest. However, it is a remarkable piece of writing and deserves special recognition. Jorja will receive a package of Sable Island books and note cards.

We are most grateful to Harriet, Quleanja and Jorja for allowing us to share their work through publication in this website.

Thank you to everyone who submitted their stories to the contest. They were all interesting to read and provided some unique perspectives and insights. We hope everyone will consider entering again.

This being the Sable Island Institute’s first writing contest, we appreciated guidance provided by those more experienced. The Institute gratefully acknowledges the expert help of Marilyn Smulders, Executive Director, and Linda Hudson, Arts Education Officer, both of the Writers’ Federation of Nova Scotia; Norene Smiley and Rita Wilson, both of “Writing on Fire”, Tatamagouche; and Sylvia Gunnery, author and teacher, winner of a Prime Minister’s Award for Teaching Excellence. Special thanks to Barry Wilson, English Language Arts Consultant, Department of Education, Province of Nova Scotia, for sharing information about the contest with teachers, and to Katherine Sharp, Branch Coordinator, South Shore Public Libraries, for notifying Provincial Librarians.