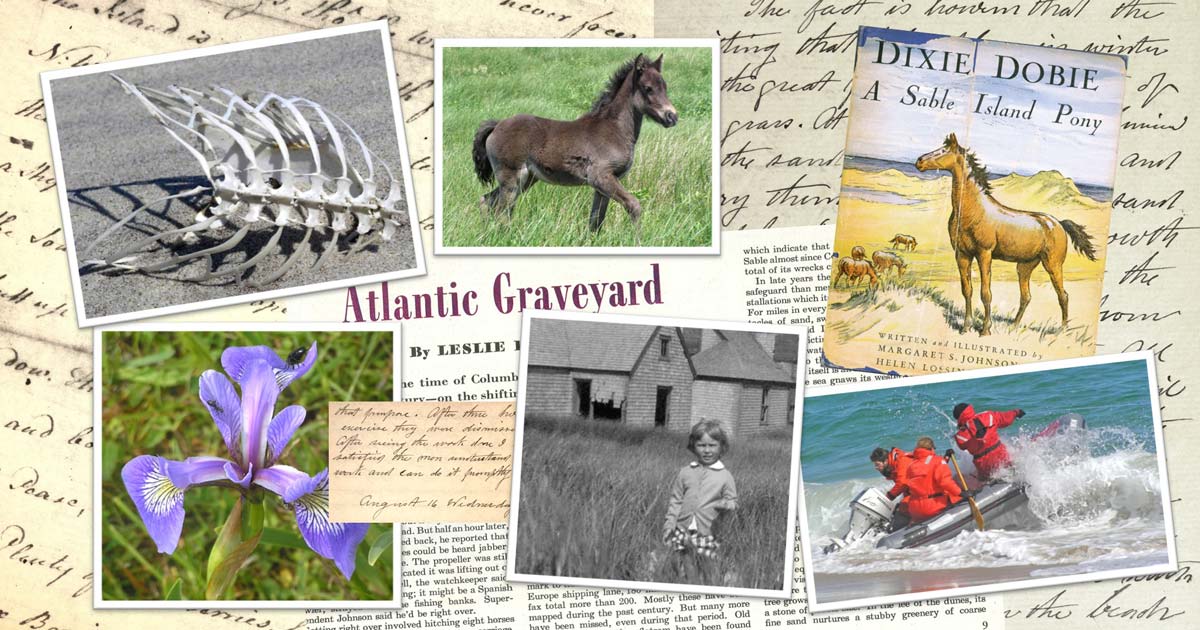 In January 2020, the Sable Island Institute launched its second writing contest:
Sable in Words 2020 – A Writing Contest for Youth

The contest closed on March 13th and all the submissions have been reviewed. Once again, we are delighted by the interest and enthusiasm of everyone who sent in stories and essays. The quality of the submissions has been so encouraging that we will hold the contest again next year.

The winning submissions were chosen on the basis of creativity, research and writing skills, these three criteria being equally important. It was not an easy choice as some entries had wonderful story ideas but were weak in grammar and structure, and others were very well written but lacking in research. However, the winning stories were strong in all criteria. Unfortunately, we did not receive many entries in the 15-17 years age group, and only one of the entries stood out in all criteria.

The winners in each age group are:

12 – 14 years:
Harriet Ritchie for “Ipswich, a Tragedy”
Laurie for “Perling, Horse of Sable“

15-17 years:
Fumairia for “The Mysteries She Holds“

The three winners receive a cash prize, two books about Sable Island, a set of Sable Island note cards, and a membership in the Writers’ Federation of Nova Scotia. One of the three memberships was most generously donated by the WFNS.

We are very grateful to Harriet, Laurie, and Fumairia for allowing us to share their work through publication in this website.

Thank you to everyone who submitted their stories to the contest. They were all interesting to read and provided some unique perspectives and insights, and some surprises. We hope everyone will consider entering again.