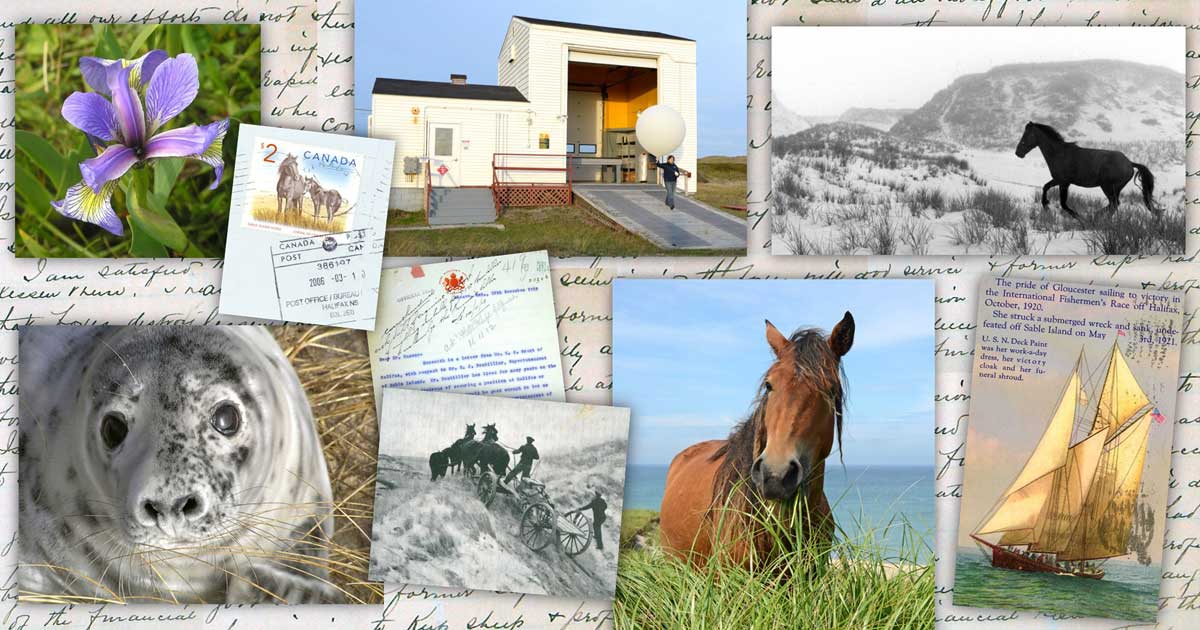 This contest ended on March 12, and entries are now being reviewed.
The winners will be announced on May 7.
Thanks to everyone who submitted stories and essays!

The contest is open to Nova Scotia youth writing in English. Prizes will go to two winners in each age category.

The prize package includes a cash prize ($100 for younger writers; $200 for the older), two books about Sable Island, a set of Sable Island note cards, and a year’s membership in our provincial writing association, the Writers’ Federation of Nova Scotia.

What aspect of Sable Island interests you?
Here are some examples that might inspire you:

And there’s so much more, so many different subjects to explore! You can choose whatever aspect interests you most.

Primary Resource – this website!
The Sable Island Institute site provides a wide range of information—and 100s of images—about Sable’s people, natural history, and activities. Some of the many images may provide inspiration and ideas for storylines or essay subjects.

And recommended library books:
History
Sable Island (2010), by Bruce Armstrong.
Sable Island Shipwrecks (1994), by Lyall Campbell.
Sable Island, Tales of Tragedy and Survival from the Graveyard of the Atlantic (2006), by Johanna Bertin.
Sable Island in Black and White (2016), by Jill Martin Bouteillier.
Science and Natural History
The Ecology and Biodiversity of Sable Island (2016), edited by Bill Freedman.

Prose may be fiction (story) or non-fiction (essay). Winners will be chosen for excellence of research based on recommended sources, skillful prose, and an imaginative connection to Sable Island.

Submit your work in a Word or Google document to sableinwords@gmail.com
The deadline for submission is Friday, March 12, 2021.

The contest’s judges are all published authors and educators, and include persons with a depth of Sable Island experience.

Winners will be announced on May 7, 2021.
The winning writing will be posted on the Sable Island Institute website.

We are looking forward to reading your words!

The West Light area on Sable Island with horses grazing in and around a freshwater pond. The house (originally a lightkeepers’s residence) is known as the BIO House (the Bedford Institute of Oceanography, Dartmouth) and is used by seal researchers.

A Sable Island shipwreck. The British cargo steamer Skidby ran aground on the island in January 1905 (photo Nova Scotia Archives). There was no loss of life, but the ship could not be salvaged.

Excerpt from a 1913 telegram. The Superintendent’s young son had a broken leg and the government ship was preparing to sail to the island with Doctor Forrest on board.

There are hundreds of insect species on Sable Island, including the Seven-spot Ladybug beetle (Coccinella septempunctata). One morning, after a storm, thousands of live ladybugs were found on the beach. Perhaps they had been blown out of the dune vegetation during the high winds.

Harbour Seals resting on south beach, Sable Island. The dark wet area surrounding their eyes is caused by tears which help keep the seals’ eyes moist and clear of sand.

A family band of Sable Island horses resting and grazing during a foggy summer day.

Two horses using their teeth to scratch each others’ backs. This behaviour is called mutual grooming.

A technician with the Meteorological Service of Canada filling a weather balloon at the Sable Island Station. After 75 years of service, this program ended a year ago.

Except where noted otherwise, all photos Zoe Lucas