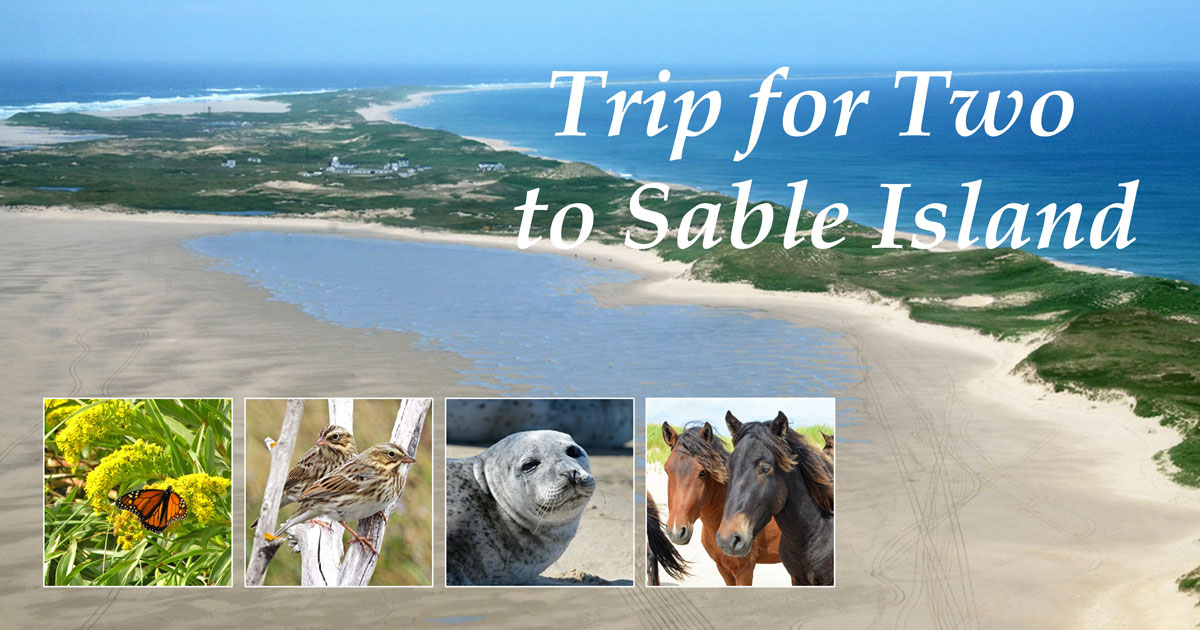 This summer the Sable Island Institute hosted another raffle for a Trip for Two to Sable Island by helicopter with Kattuk Expeditions. Again this year, tickets were only sold in Nova Scotia. Ticket sales ended on August 30, and the winning tickets were drawn on September 1. The visit to Sable Island is planned for October 6, 2022, with a rain date of October 7, 2022.

Congratulations to Peter Ott, the grand prize winner of the Trip for Two to Sable Island!

Thank you to everyone who participated! We appreciate your interest and support.

Please see below for raffle details.

Draw location:
Alderney Landing Ferry Terminal Boardwalk in Dartmouth
All the winners were contacted to claim their prize.

The Sable Island Institute’s mission is to support and promote the protection and conservation of the natural and cultural values of Sable Island through research, collaboration, and education.  This raffle is a fundraiser to support the Institute’s activities including on-island research such as the Beach Monitoring Program and ecological research, and arts and educational programs such as a writing contest for youth. The Institute is a multidisciplinary not-for-profit, charitable corporation based in Halifax, Nova Scotia.

The Institute’s first fundraising raffle was held in 2019. For an account of the visitors’ experience, see Winner of the Trip for Two to Sable Island 2019.

Thank you for your support!

A few scenes of the island in October

In October 2021, the Vision Air helicopter has landed on the helipad, and last year’s winner and fellow travellers step out into the Sable Island breeze and sunshine.

Before leaving the helipad, the visitors were met by Parks Canada’s Greg Stroud who welcomed them to the Sable Island National Park Reserve and provided a briefing. Some of the Sable Island Station’s buildings are in the background.

Visitors stop on a south beach dune for a view of the landscape: Pinetree Pond (at the left) and the wide, and partly flooded, south beach (at the right), with one horse grazing in the distance.

A band of Sable Island horses drinking at a freshwater pond. In October, their winter coats are just beginning to show.

Aster, one of the flowering plants most abundant in the fall, growing at the base of a slumping dune.

Dunes along north beach, with the marram grass tipped with gold in the October sunshine.

Scattered on the beach, some bones, some shells, some feathers…