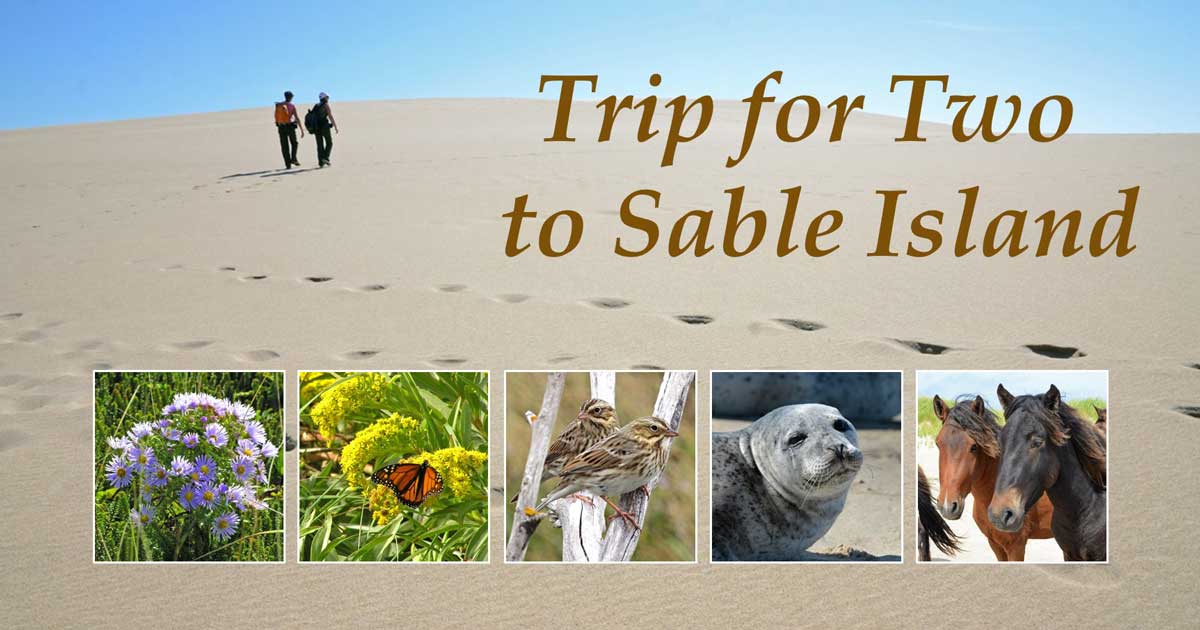 02 Apr Congratulations to the Grand Prize Winner of the Trip for Two to Sable Island!

CONGRATULATIONS to the grand prize winner of the Trip for Two to Sable Island!
** Cheryl Murray **

Thank you to everyone who participated!

And a big thank you to Kattuk Expeditions, Vision Air Services Inc. and Sable Island National Park Reserve for making this trip possible!

Funds raised: proceeds will be used to support the Institute’s charitable activities, including on-island research such as the Beach Monitoring Program and ecological research, and educational programs such as writing contests for youth.

Visitors will travel to Sable Island on Vision Air’s Sikorsky SK-76A helicopter. It has a cruising speed of 257 kph (160 mph).

An aerial view as an aircraft comes in for a landing, with three Sable Island horses ambling along the shallow floodwater on the wide south beach.

Two visitors follow a well trodden path made by the island’s horses.

Horses drinking at Mummichog Pond in early October. Their coats are beginning to thicken for winter.