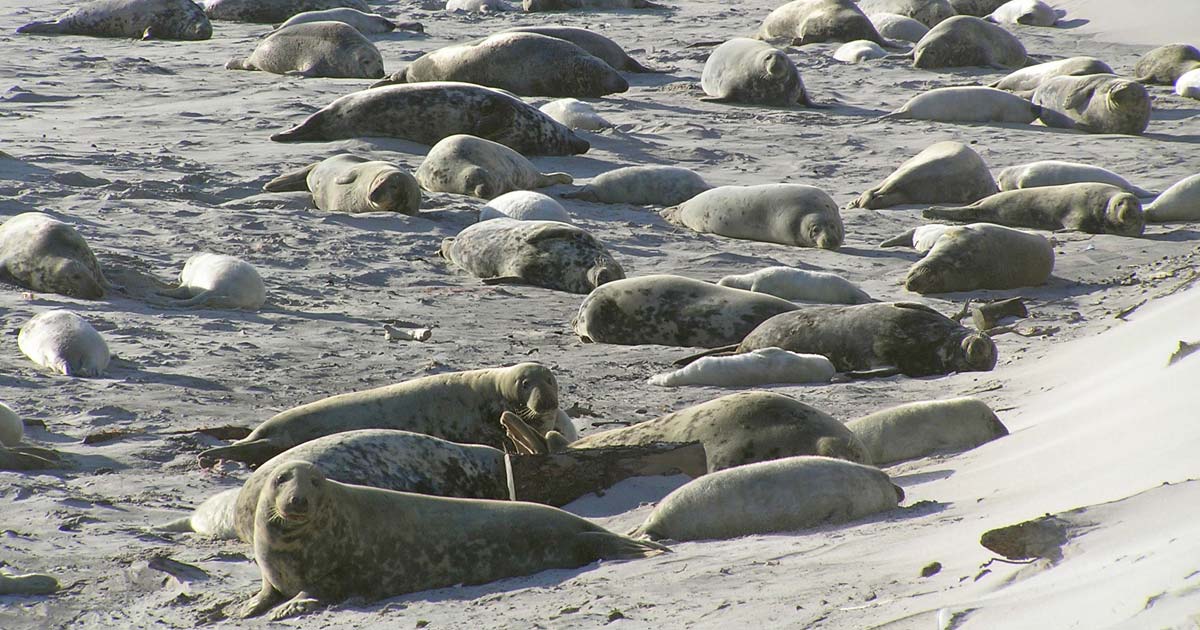 The Sable Island Institute team—the Board of Directors, Advisory Council, and volunteers—wishes all Sable Island’s personnel, friends, and supporters the very best for a happy and healthy winter 2018-2019. Among the dramatic and spectacular events during winter on Sable Island, is the gathering of grey seals for their December-January pupping and breeding season. This is the largest grey seal breeding colony in the world. From one end of the island to the other, on the beaches and inland dunes and fields, females give birth and suckle their white-coated pups. Meanwhile the adult males challenge each other, make a lot of noise, and await opportunities to mate. 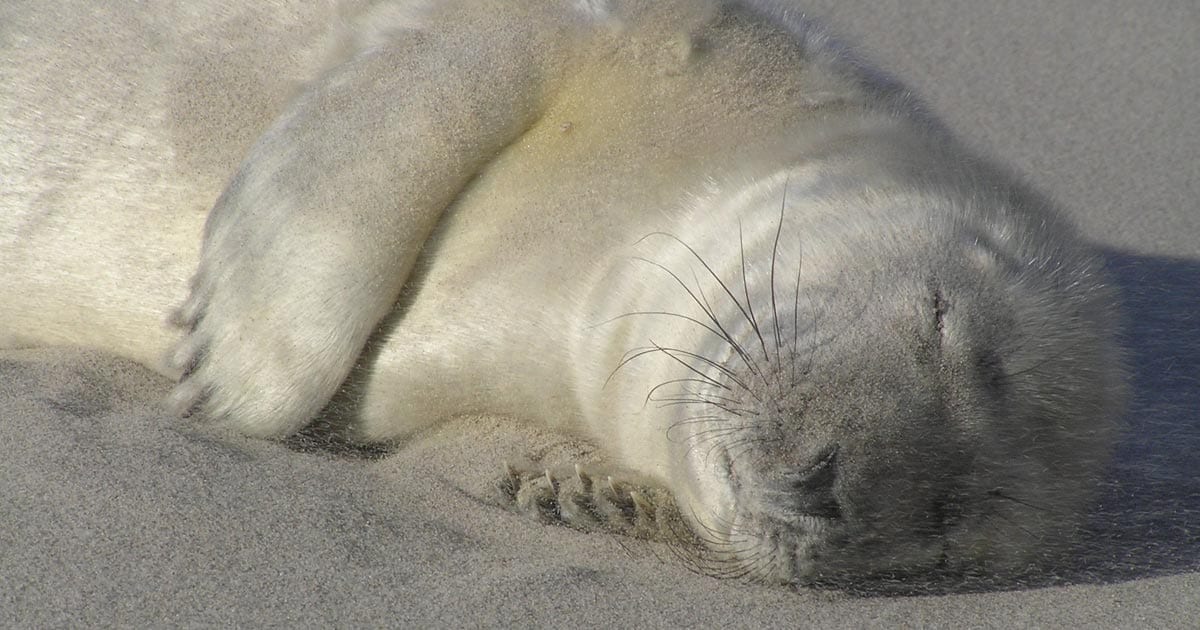 On a sunny but very breezy winter’s day, wind-blown sand tickles the nose of a snoozing grey seal pup. 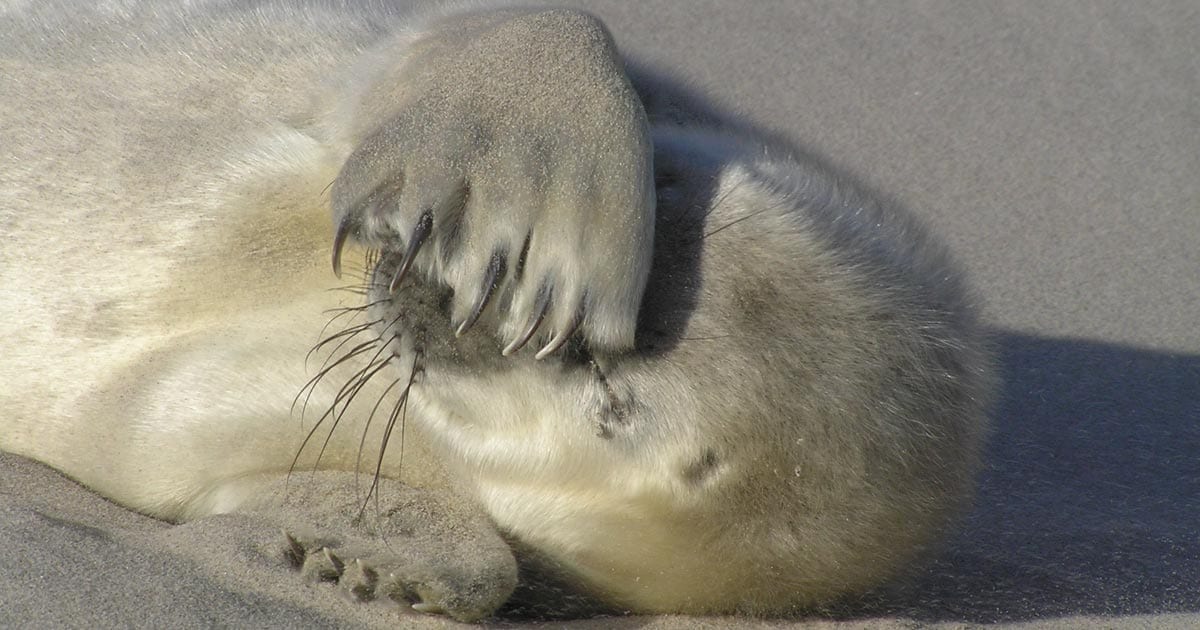 Eyes closed against the flying sand, the sleepy pup rubs its nose. 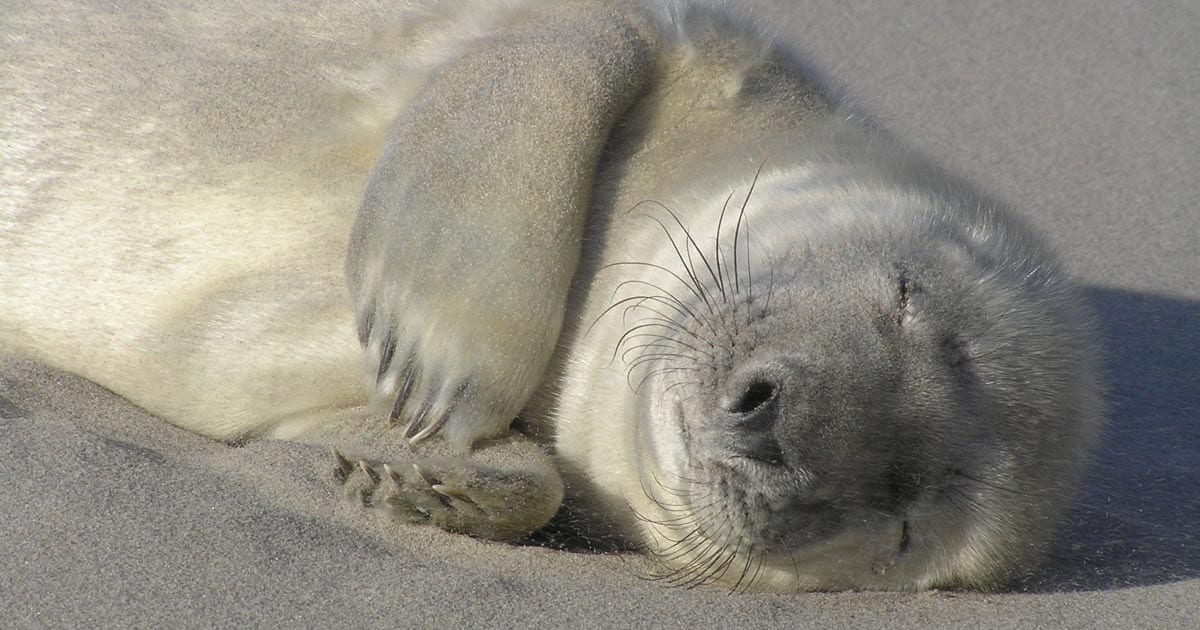 Tickle rubbed, and back to a sound sleep.