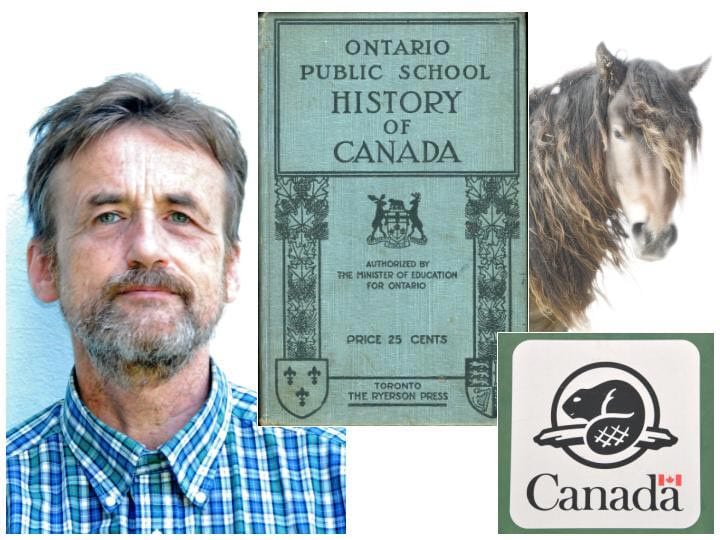 Posted at 22:42h in Connections by Zoe Lucas 0 Comments
0 Likes

I can recall my first introduction to Sable Island vividly, although it was over fifty years ago. I would have been in Grade 7 or 8 when I discovered a story on Sable in a classroom textbook, an Ontario Primary School Reader not unlike the one depicted here. I could not have imagined what an impact this short story would have on my life.

The years have erased much of my recollection of the original story, but I will always recall how I felt as a child reading about this magical island where wild horses romped among the sand dunes and mysterious shipwrecks were deep under water, offshore. And, better still, it was a part of Canada! What could possibly be more exciting to a young boy yearning for adventure? I dreamed of visiting Sable one day and running free like the horses, as I combed the beach for pirate treasure.

Thoughts of Sable remained with me into my adult life, but as life would have it other interests would dominate and for many years the joy I first felt when I “discovered” Sable was relegated to the corners of my memory.

My passion for Sable was re-ignited some twenty years later when I volunteered to work for an environmental organization in Toronto. I was asked to read a number of Canada’s leading newspapers, and clip stories of environmental interest for the editor of their magazine. Among the papers I read was the Halifax Chronicle-Herald. While reading the Herald I found myself becoming more-and-more interested in the frequent stories I found on Sable issues, many of them focussing on the work Zoe Lucas was doing there.

It was now 1990, and my interest in Sable was renewed and invigorated. I began to actively search for information on Sable, and I was determined to talk to the individual who seemed to be so actively involved in protecting this precious island, Zoe. I was also determined that I must visit Sable one day, knowing, however, that obtaining the Coast Guard’s permission to do so could be difficult to secure.

I made contact with Zoe, and was delighted to learn that we’d have an opportunity to meet soon when she was travelling to Ontario on business. When I learned from Zoe that Sable was at risk—continued government funding for the Station and maintenance of a human presence on Sable was uncertain, among other issues threatening the island—I knew at once that I must become an advocate for Sable.

I began by asking Zoe what I could do to help. For the past twenty-two years some of the activities I’ve been engaged in have included writing letters to government officials to secure protection for Sable; writing letters to the editors of national newspapers; searching for and collecting historic texts and documents on Sable’s past; supporting the Green Horse Society and the Ecology Action Centre, and trying to become more informed about Sable, its ecology, and policy issues that may affect its well-being.

Advocating for Sable from far-off Ontario is not without its challenges. While most informed individuals here want Sable to be protected, I don’t enjoy the support and sharing of ideas with fellow Sable advocates to the extent that I would if I lived in Halifax. Travelling to attend public meetings regarding Sable is something else I must forego. Thankfully, the Internet has done much to close the gap between Ontario and Sable Island and on most occasions I feel as if I can campaign for Sable quite effectively from my home.

My once-burning desire to visit Sable Island has changed over time. While I freely admit that I wouldn’t decline the opportunity for a short visit should the occasion ever arise, with Sable about to become a National Park I am concerned that Parks Canada will be under considerable pressure to allow increased visitor access to the island, far beyond the carrying capacity of Sable’s fragile ecosystems. I intend to add my voice to those who wish to ensure that visitor access to Sable remains restricted, even if that means I shall forever be an “armchair visitor”. If our efforts succeed then this tiny island, like its wild horses, will remain forever undisturbed, wild, and free, inspiring future generations of young people to dream of Sable as I first did so long ago.

Image above: collage of  photos – self-portrait Larry Meikle; Larry’s Aunt Edna’s schoolbook (from the days when a schoolbook cost 25 cents) which was one of several that introduced youngster Larry to Sable Island; and a Parks Canada sign posted at a Rideau Canal lock station, one of Larry’s many cherished Parks Canada sites.

Larry Meikle
Prepared for the Friends of the Green Horse Society, 2012