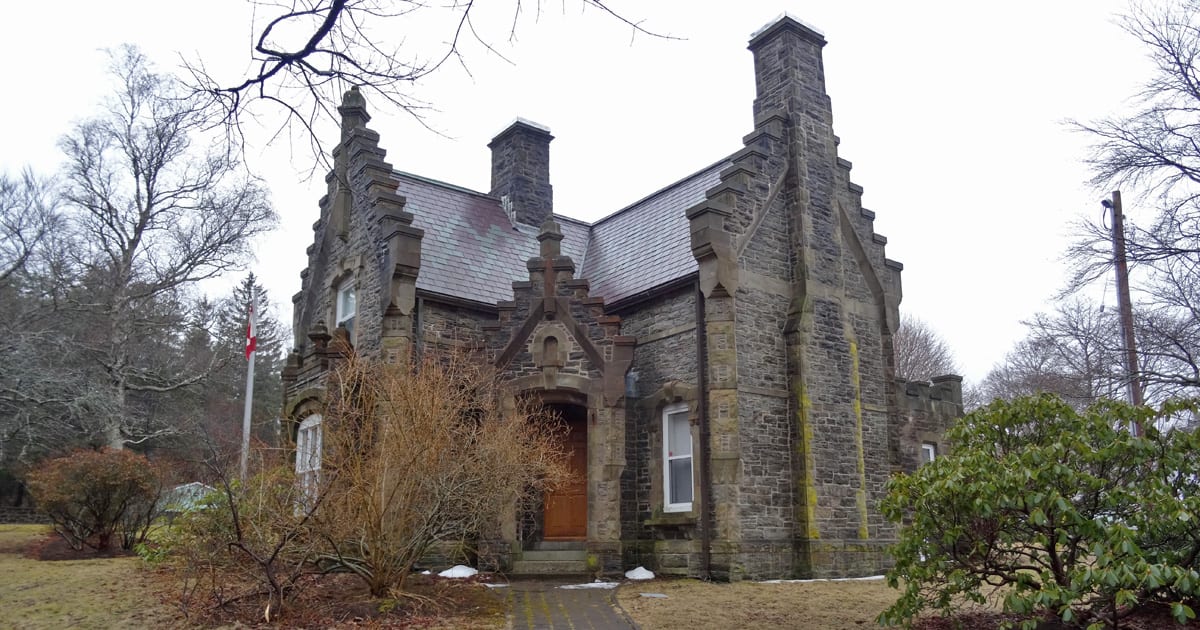 Image above: The Point Pleasant Park Gatekeeper’s Lodge (also called the Gatekeeper’s Cottage or the Superintendent’s House) on a drizzly day in early spring 2018. The house was last used as a residence for the park superintendent and his family in 1996.

An Office and Workspace for the Sable Island Institute

The Sable Island Institute’s location in the Point Pleasant Park Gatekeeper’s Lodge represents the first phase in the development of the organization. Although the building is not presently open to the public (because of the limited space and facilities), it is used year-round by the Institute for meetings and workshops, project planning, and development of presentations and educational programs.

These programs and interpretive materials are used to deliver Sable-related information and experiences to students, the public, and visitors to Nova Scotia, either directly or through participation in existing programs, in both arts and science. Some examples are the Sable In Words writing contest, Arts Smarts Nova Scotia, Saint Mary’s Marine Mammal Summer Camp, and the annual Salute to Sable Island at White Point Beach Resort.

Two Sable Island landscapes by Susan Tooke © 2010 on display in the Gatekeeper’s Lodge: above “Herd Near Bald Dune”, and below “West Light Sable Island”. Each painting is 30 x 152 cm.

In addition to off-island public outreach and educational programs, the Institute’s work in the Gatekeeper’s Lodge supports projects on Sable Island such as biodiversity studies and environmental monitoring. The latter includes beach surveys for stranded cetaceans (whales, dolphins and porpoises), oiled seabirds, and beached marine litter. Among the many specimens and samples collected for further study are plants, insects, and skeletal elements, as well as manmade materials such as plastic litter and latex balloons.

Skulls collected for use in the Institute’s research on the Sable Island horses.

Being very colourful and far too abundant, the collections of plastic litter from Sable Island at times dominate the scene in the Institute’s workspace in the Gatekeeper’s Lodge.

Research on plastics and other persistent litter washed ashore on the island provides information about the distribution and circulation of litter pollution in the Northwest Atlantic and its effects on Nova Scotia’s offshore and coastal environments. Collections of plastic litter are cleaned and sorted on Sable Island, and then brought back to the Institute for use in exhibits, workshops, and school projects. These activities assist in raising awareness, developing alternatives, and promoting policies that will help in reducing the impact of plastic debris in our environment and society. 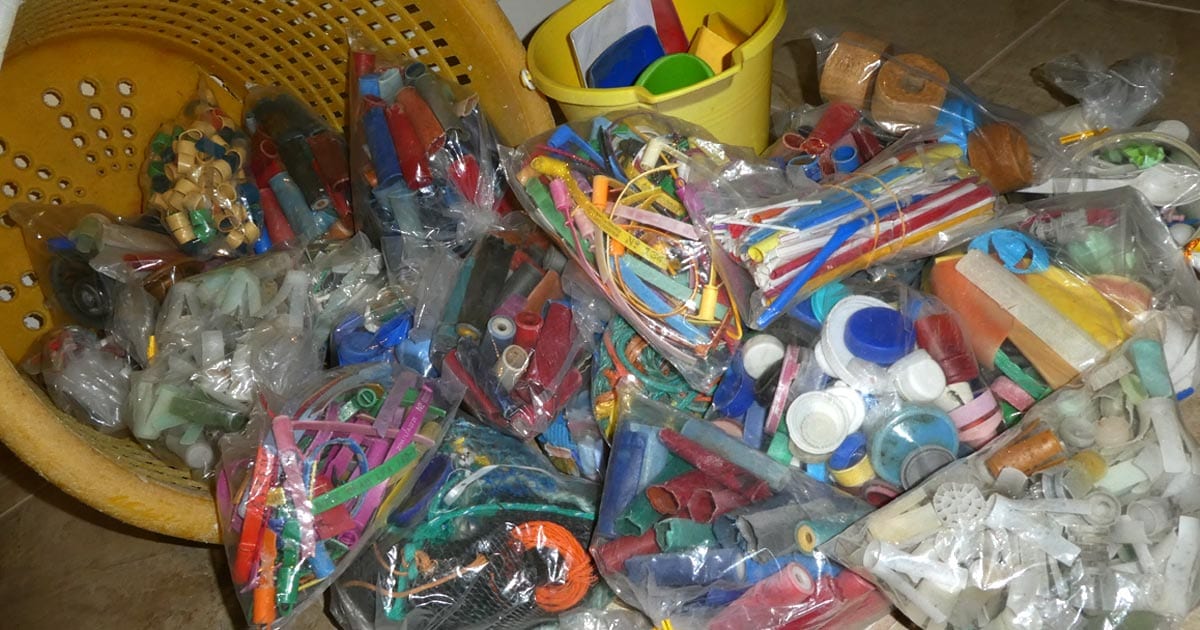 Types of smaller items of plastic litter commonly found on Sable Island, sorted and bagged (reusing plastic bags that originally contained the latex balloons used in the aerology program conducted by the Meteorological Service of Canada on the island). 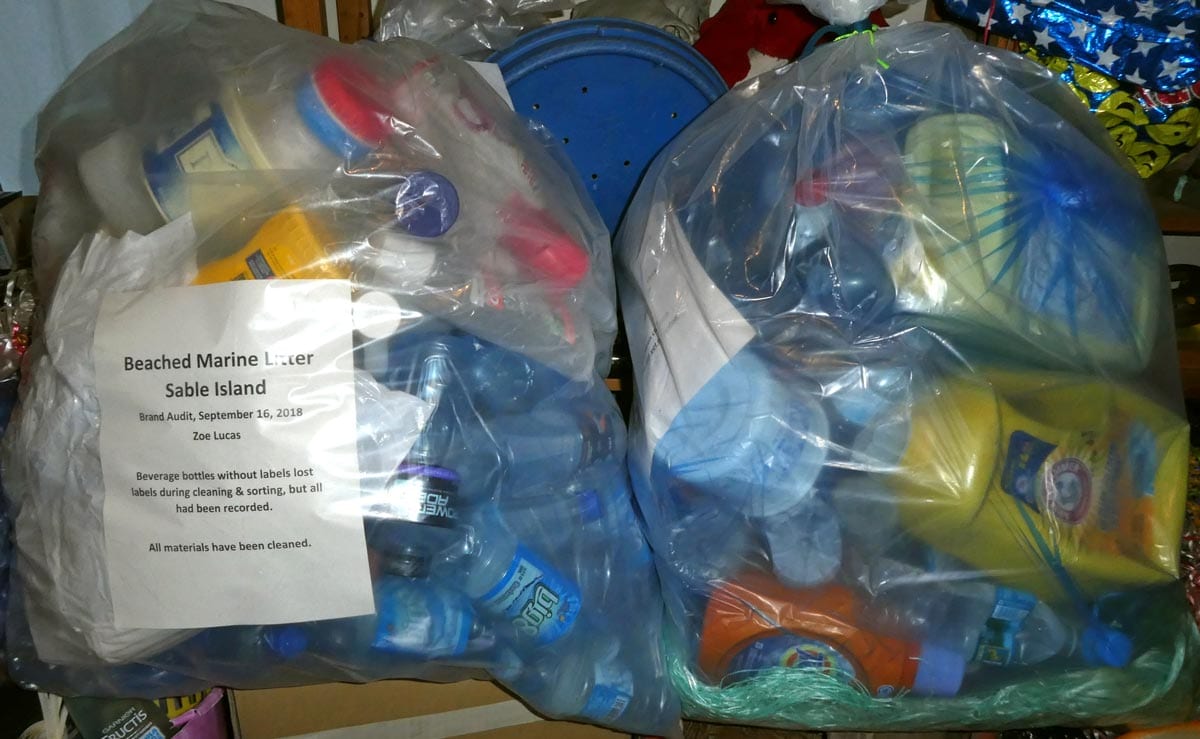 Bags of plastic containers collected during brand audit surveys on Sable Island, sorted, cleaned, and brought back to the Institute for use in exhibitry and other educational programming or for disposal as recycling. 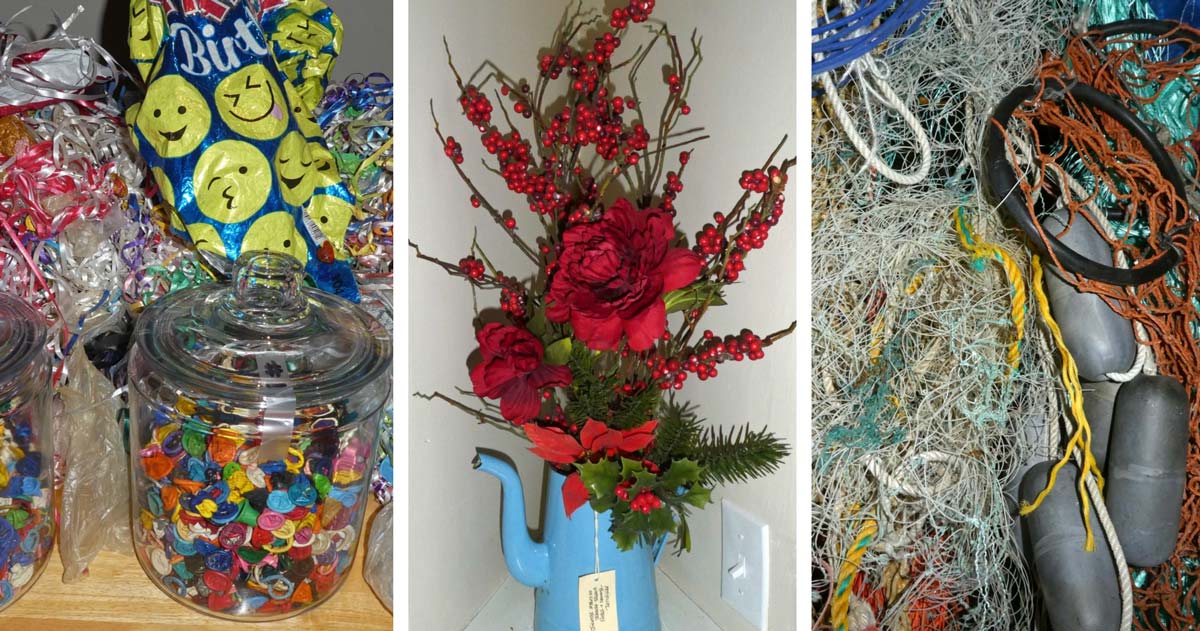 Beached litter from Sable Island displayed at the Institute: a jar of latex balloon lips; a bouquet of plastic flowers and polystyrene berries; and some fragments of net and other fishing gear.

Point Pleasant Park, a 75-hectare mostly forested area on the southern tip of the Halifax peninsula, was made a public park in 1866. The Park is owned by the British government, administered by the Government of Canada, and is leased to Halifax Regional Municipality (HRM) for a ceremonial amount of one shilling per year (about 10 cents).

The Sable Island Institute team greatly appreciates the support of HRM and Councillor Waye Mason in permitting the Institute to use the Gatekeeper’s Lodge as its office/workspace during this first phase of operations and development.

The Institute also thanks members of the Point Pleasant Park Advisory Committee (PPPAC), a citizens’ group established by HRM in 1996 to provide advice in Park planning and management decisions.

Among the Institute’s public outreach programming goals are activities that will provide opportunities for visitors to Point Pleasant Park to connect with Sable Island. 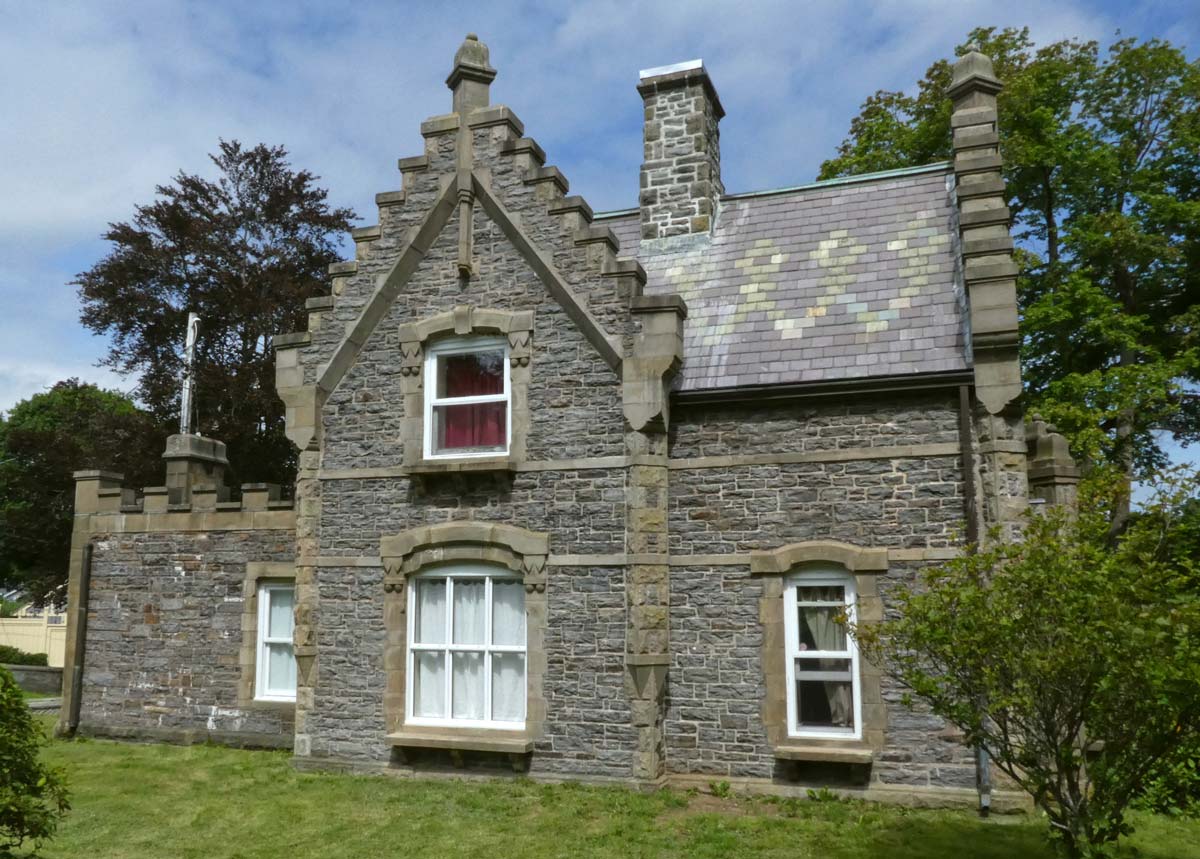 The Gatekeeper’s Lodge on a sunny summer day in 2018.

A Tale of Two Gatehouses
by Janet Godsell