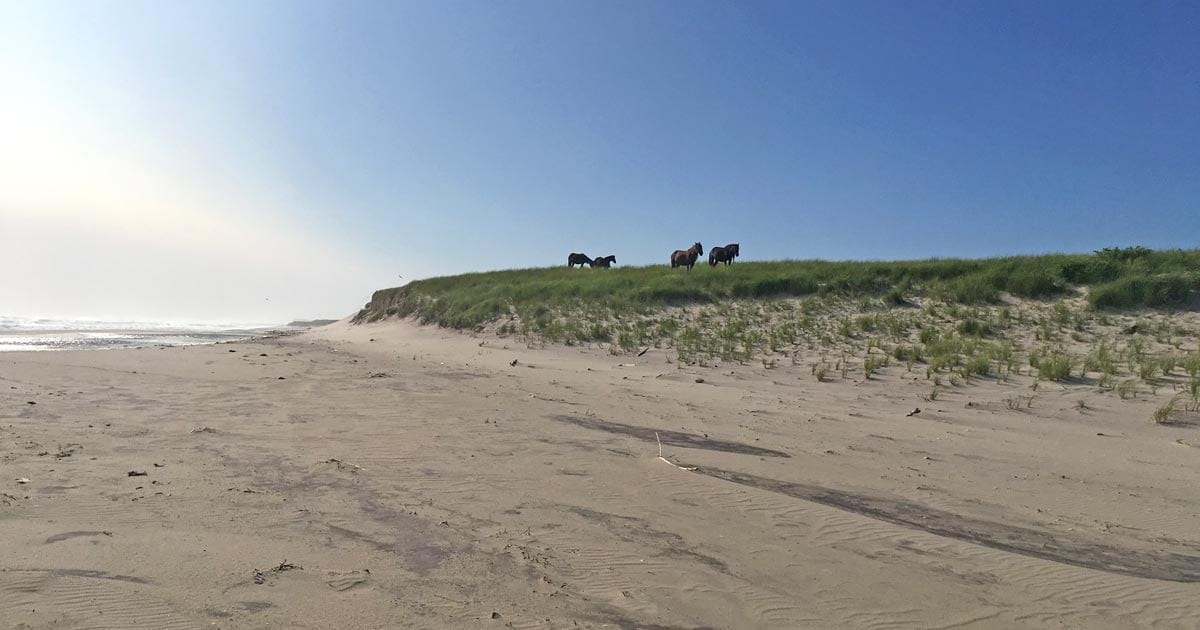 I arrived on Sable Island in January 2013 as a Meteorological Tech for Environment Canada. Sable Island was certainly like no where else I had ever experienced. I got off a Coast Guard helicopter and one of the first things I was told was: don’t step too close to the seals. They bite!

The Meteorological Tech’s main role is to perform aerological soundings. This involves releasing a large balloon and an instrument into the atmosphere at around 00Z and 12Z every day. In Nova Scotia this is 8 o’clock so we work (most often alone) in the mornings and evenings. I am quite happy to work alone though at night when its pouring and the wind is howling I find the office can seem creepy. I’ll be honest, I prefer the quiet nights when you can hear the ocean or see the stars. There’s no light pollution here so you get the best view of the stars. Late at night there’s just you, horses and seals outside. Being alone is then peaceful solitude. My first opportunity on the island was for about 2.5 months and was temporary. In 2017 I was offered the chance to come back and I was so excited. I had heard so many stories about what the island was like during different seasons and now I would finally see for myself. I was there first in the winter when it seemed to be constantly windy. Also, the beach was covered with seals. The pups, and some adults, came into the station compound and I’d come across them in random places.

When I arrived again in 2017 it was July and it seemed to be consistently foggy. That time of year terns nest near the station. There’s so many of them and they seem to be crowded along the road to the south beach. They’ll dive at your head so it’s better to find another route. Then it is hurricane season. During high winds more caution is required when working and releasing balloons. Often the second Tech is called in. I was never looking to go to Sable Island. I don’t even know how much I knew about it before I was offered the chance. The island is a quiet place with four people at times, but the last thing it is is boring. The island itself is constantly changing and unique. The more time I spend here the better I learn this.