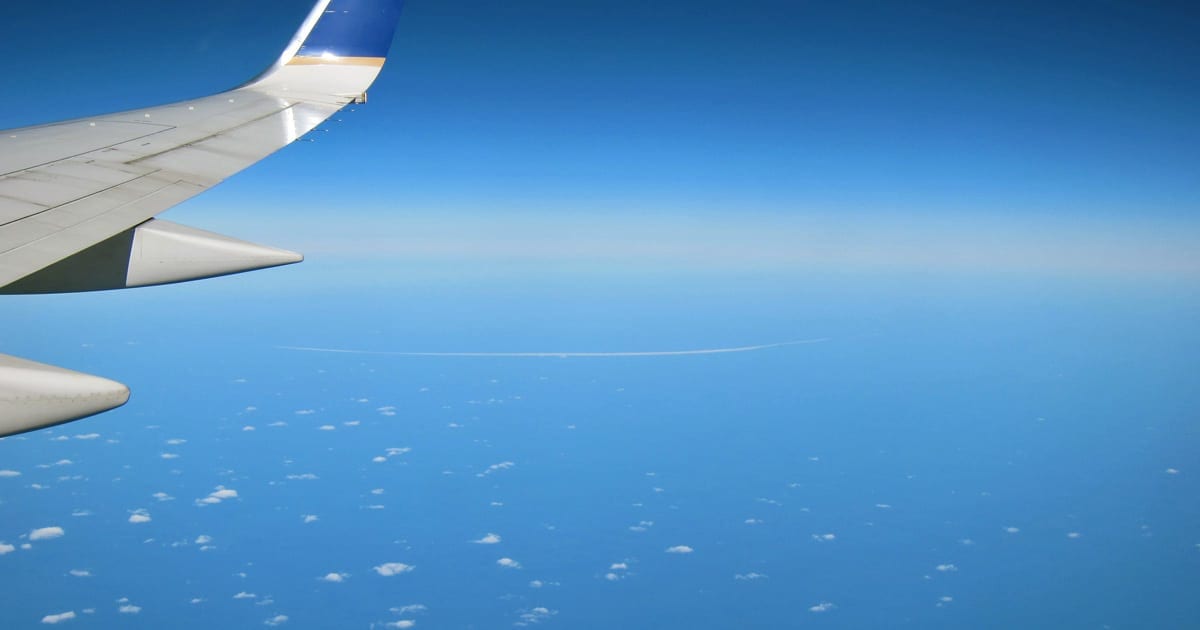 Above: View of Sable Island from a jetliner passing south of the island, en route from Lisbon to Newark, March 2016.

Once you’ve been there, it is a place you never forget. I had to pinch myself during my first visit—“I really am in Nova Scotia, not on some Caribbean island!”. That first visit, in August 2004, when we anchored the sailboat just off West Light, a welcome committee of playful harbour seals met us, circling the boat out of sheer curiosity. The water was crystal clear and aqua green-blue. Gerry Forbes, who met us beachside as we scrambled out of our dinghy, greeted us by declaring that our timing was perfect: “fog season ended yesterday”. The sunshine was brilliant and reflecting off sizzling sand. Sand, so fine that it squeaked beneath our heels as we trekked. And trek we did, up Bald Dune, a mountain of sand that arched ever upwards. Our boys ran on ahead, often rolling back down, while we trudged, our feet sinking into the silken warmth. I felt as if I’d joined the cast of Lawrence of Arabia.

Later, at water’s edge, we followed the beach. Groups of huge grey seals frolicked in the surf, curiously watching but keeping their distance. There were plenty of interesting finds that the sea had either tossed ashore or unearthed as the sands shifted—fishing buoys, seal jawbones, skate egg cases, even timbers from long-forgotten sailboats. A lunch stop along the way, and we ate our sandwiches as horses strolled by. We just gazed and they gazed back. To them, we were simply another part of the landscape, neither a source of food scraps nor of friendly pats. It was not easy to ignore them but we respected their way of life, a ‘wildness’ that had bred within them the ability to survive.

While we had the freedom to explore, adding nothing to the environment and leaving only our short-lived footprints, we also had time ashore to learn from Gerry about the meteorological station, see the myriad of instruments, and hear about the extremely important scientific studies that were taking place. As a gateway to weather patterns from the east, this was a perfect research station for environmental studies, even identifying antipodal pollutants before they fell over the rest of us in Canada. And walks with Zoe Lucas gave us a deeper appreciation of the sand beneath our feet—sand that she proved supported a wealth of plant life. We wandered to the ponds, learning about the horses’ survival techniques such as finding fresh water and we saw the bones of those that had not survived.

Three years after this first visit we had the chance to be on Sable again! This time not as a family of four; instead we were the two-person crew of a friend’s boat. A little older this time, we hiked until our legs ached. We started along the ‘runway’, a dried-up lake bed with sand hard enough, but not always suitable for, plane landings. And we explored the western side again, past the still-visible signs of the most recent shipwreck, the ‘Merrimac’. On the leeward shore I was able to find a few balloon carcasses to add to Zoe’s litter collection, showing that even the after-effects of parties on other continents can impact this pristine environment.

The three of us were delighted to explore even further this visit and it was as if we travelled back in time when we saw East Light. All was just as it had been when mother nature thwarted man’s plans and the lighthouse now lies in a gully of sand. Broken glass and pottery, even the old bathtub was visible amongst the rubble. Birds galore were evident at this end of the isle—Ipswich sparrows circling, and terns with nesting areas well protected by signage and barriers.

So, here I am 9 years later, on a TAP flight returning from Portugal. I generally choose a window seat to simply gaze out at the world below us. After hours looking at the vastness of the Atlantic, something shining, small and crescent-shaped, caught my attention. So insignificant, almost lost in the haze, looking ready to be swallowed by the vast surrounding sea. I had seconds to grab for the camera, but I so wanted to keep that memory alive, the memory of a place you never forget.