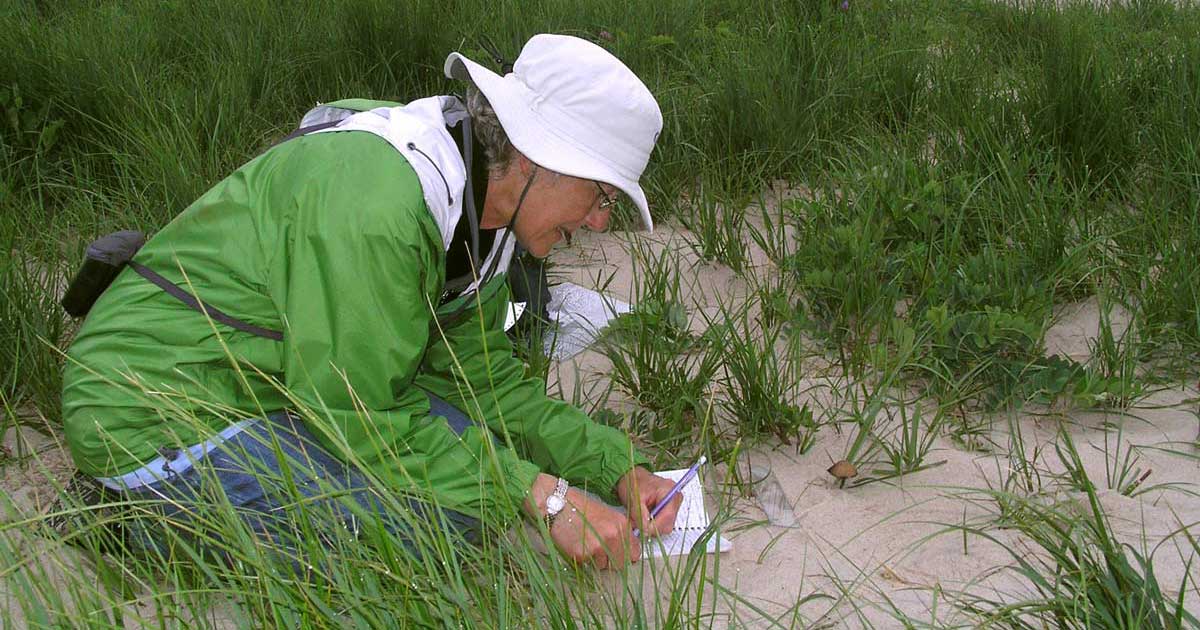 Above: Janet Barkhouse recording the details of a small, brown mushroom found in a stand of beach grass. Photo Zoe Lucas

In summer 2009, Janet Barkhouse visited Sable Island to work with Zoe Lucas on a preliminary survey of the island’s fungi. Janet also helped with other chores, such as processing marine litter collections, especially tangled bundles of beached balloon and ribbon debris. Between long hours of field work, transcribing field data and preparing labels, Janet kept a journal of the feelings, sensations, images, and mysteries of her Sable Island experience.

Based on these journal notes and memories, and a continuing involvement with Sable Island, Janet wrote a series of poems. In 2017, her poetry chapbook, Sable Island Fieldnotes was published by the Friends of the Green Horse Society. Rand Gaynor and Alex Hickey guided the design and production of the book, and it was printed by Hemlock Printers, a carbon neutral green printer, in Vancouver, British Columbia.

Sable Island Fieldnotes, was launched in September, 2017, at the Writers Federation of Nova Scotia, by the Friends of the Green Horse Society and the Sable Island Institute.

“For anyone who has traced Sable’s slender crescent on the map with a fingertip, wondering, these spare transmissions, vivid images, and intimate recollections will conjure that remote, alluring island. Equipped with a poet’s perceptive eyes and ears, traverse open ocean and wind-scoured beaches. Don a naturalist’s deep admiration and insight. Join the shaggy, stocky horses with windblown manes—put on the skin of a horse—and live, for a little while, where language is stark astonishment.”

A tweet from poet, novelist and environmental activist, Margaret Atwood:

Janet Barkhouse is a founding member and director of the Friends of the Green Horse Society, and she is a passionate supporter of the Sable Island Institute. Her children’s book Sable Island–Imagine! was published in 2010 by Curriculum Plus, and in 2012, Pit Pony, The Picture Book (co-authored with her mother Joyce Barkhouse) was published by Formac Publishing Company, Halifax. Janet recently created a docupoem with filmmaker Dominique Gusset* for Lunenburg’s 2017 DocFest. A full-length book of Janet’s poems, Salt Fires, is forthcoming from Pottersfield Press, Fall 2018. (*Dominique is a member of the Sable Island Institute’s Board of Directors.) 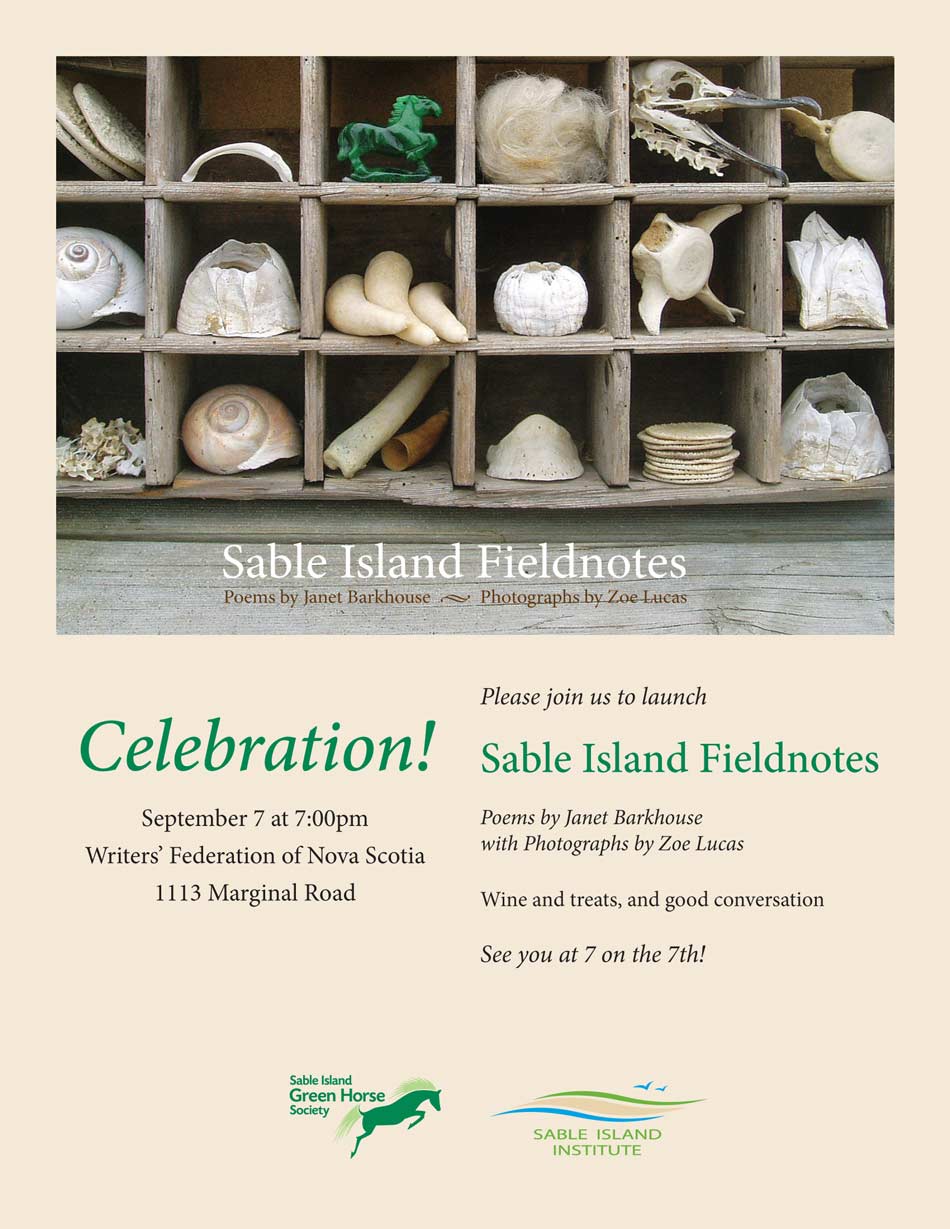