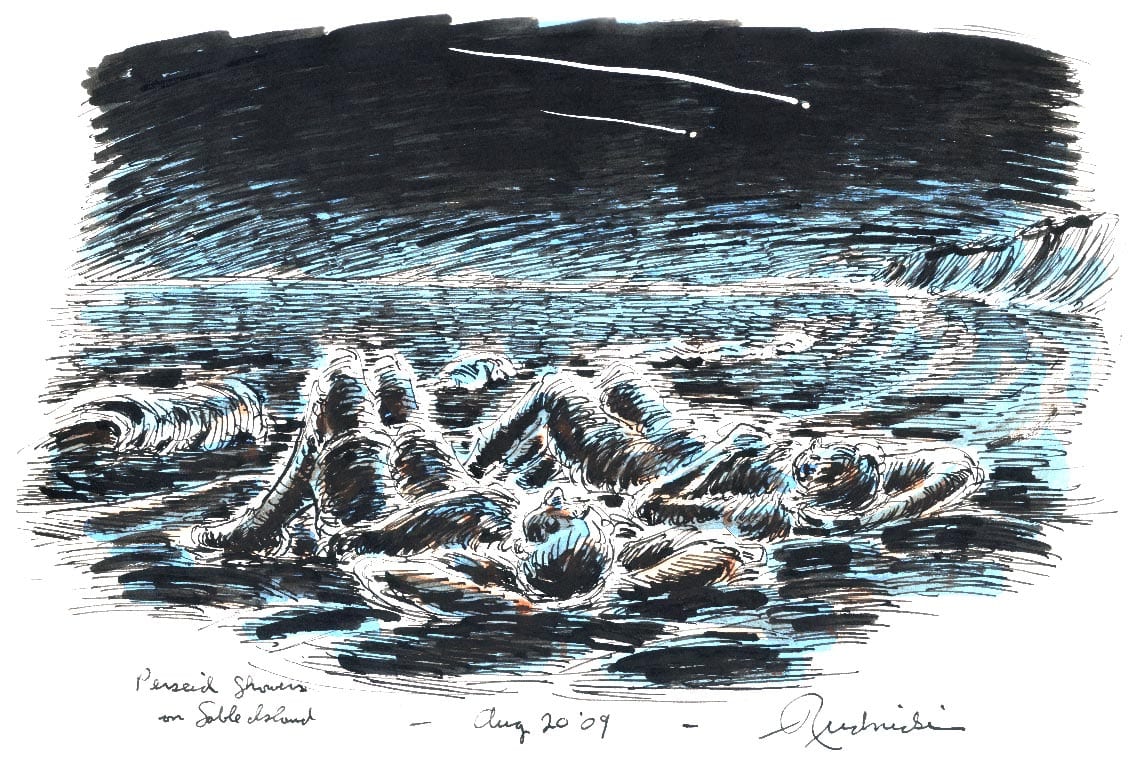 Posted at 22:40h in Connections by Zoe Lucas 1 Comment
0 Likes

On a speck of sand almost 300 kilometres off the coast of Nova Scotia, the sun drops from sight and colours fade through the spectrum to dark and monochromatic hues. The beach shrinks to a patch of warm sand. A fresh breeze off the Atlantic washes waves ashore. Hush – shush – slowly, rhythmically. The air is salty and clean. Stars begin to appear in the darkening sky. First a few, then dozens upon dozens and more and more until the entire universe is ablaze. The Milky Way sprawls monstrously, horizon to horizon. Abruptly, shooting stars streak past. Time, space shrinks. Sable Island feels like the most special place on Earth.

Richard Rudnicki
Prepared for the Friends of the Green Horse Society, September 2009