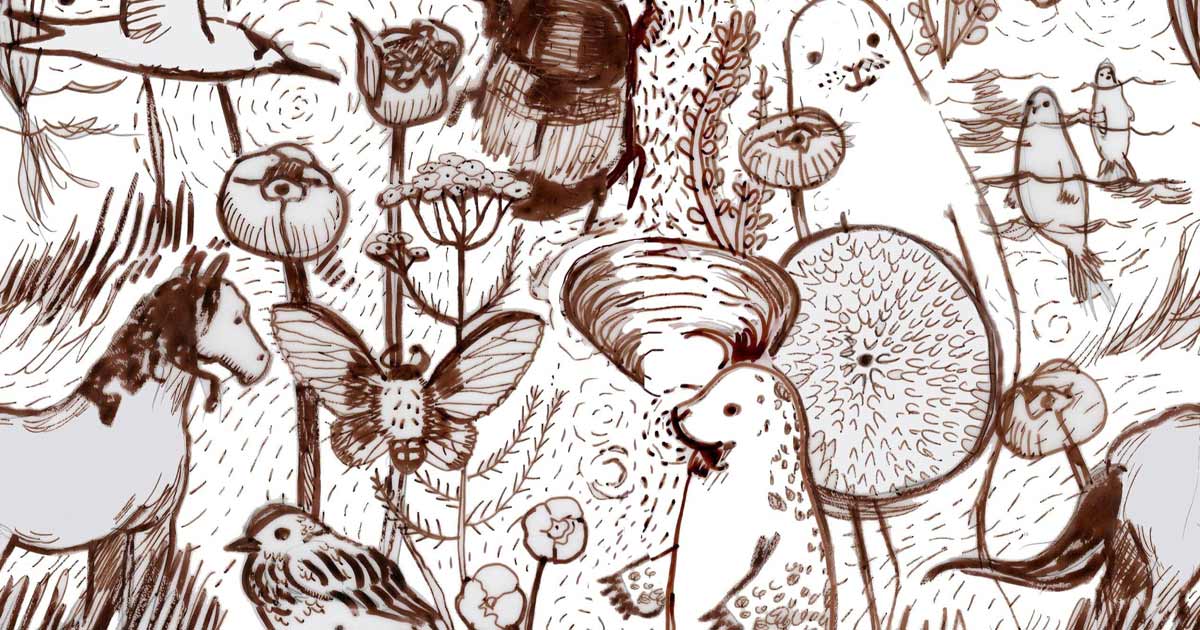 Posted at 11:52h in Connections by Zoe Lucas 0 Comments
0 Likes

Above, a section from a pattern which will be used for the end papers of the children’s book, Briana Corr Scott

I originally planned to visit Sable Island on July 1, 2017 with Picture Perfect Tours. After almost a year of research about the island, I had a lot of hope in this trip. The hope was for a chance to make the art I dreamed about.

The trip was cancelled due to weather. There were torrential rains that washed out the beach runway on Sable. Although we had a 4-day travel window, we did not leave Halifax. I was extremely disappointed. I had put so much on this visit, that I could not shake it. I tried to move on to other art making endeavours, to continue to make the work I was working on, and just keep moving. But I had to go to Sable, it was in my heart and I had to go. I felt myself wallowing in disappointment.  I decided to write my disappointment down and get it out so I could move on.

I ended up writing about all the things I dreamed of seeing on Sable. I wrote about what I hoped I would see and what I imagined what it would be like. The writing turned into a poem called “I Dream of Sable Island”.

I did go to Sable in October 2017 – and it was amazing to have written down all my hopes so clearly in that poem. I was seeing the words come to life on the journey, and that was magical. I ended up changing so much about the poem after my trip to Sable, because now I had seen the real thing and I could tweak the details.

I am happy to say the poem will be published as a children’s book “She Dreams of Sable Island”, available in spring 2019 (Nimbus Publishing, Halifax). I am busy working on the illustrations right now. The poem has changed since I first wrote it down. It has evolved to be a lyrical poem about the beauty of the island. I think it sounds wonderful read aloud, and I cannot wait until it is released. In addition to the story, there will be a paper doll in the back of the book as well as a section about the natural history of the place. The natural history section is important to me. The poem is a bit fantastical – the main character flies to sable on a bank of fog. I wanted young readers to also know some facts about Sable and its wildlife. And since I have had the pleasure of sketching at the Sable Island Institute, I have access and means to make the natural history accurate. I think it is so fun to “play” with knowledge. I love that I am able to combine fantasy with natural history. 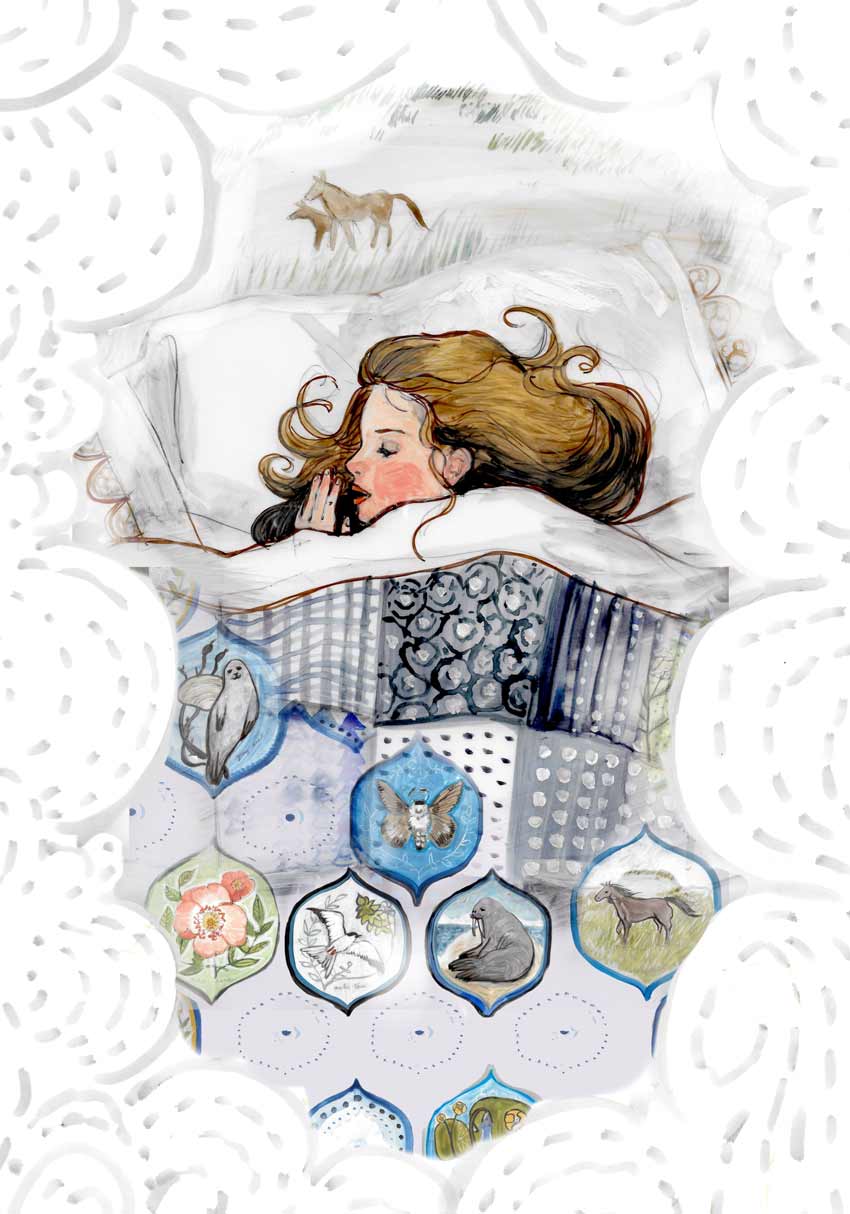 Working illustration for the cover of the upcoming children’s book “She Dreams of Sable Island”, Briana Corr Scott

Briana Corr Scott
Prepared for the Sable Island Institute, May 2018