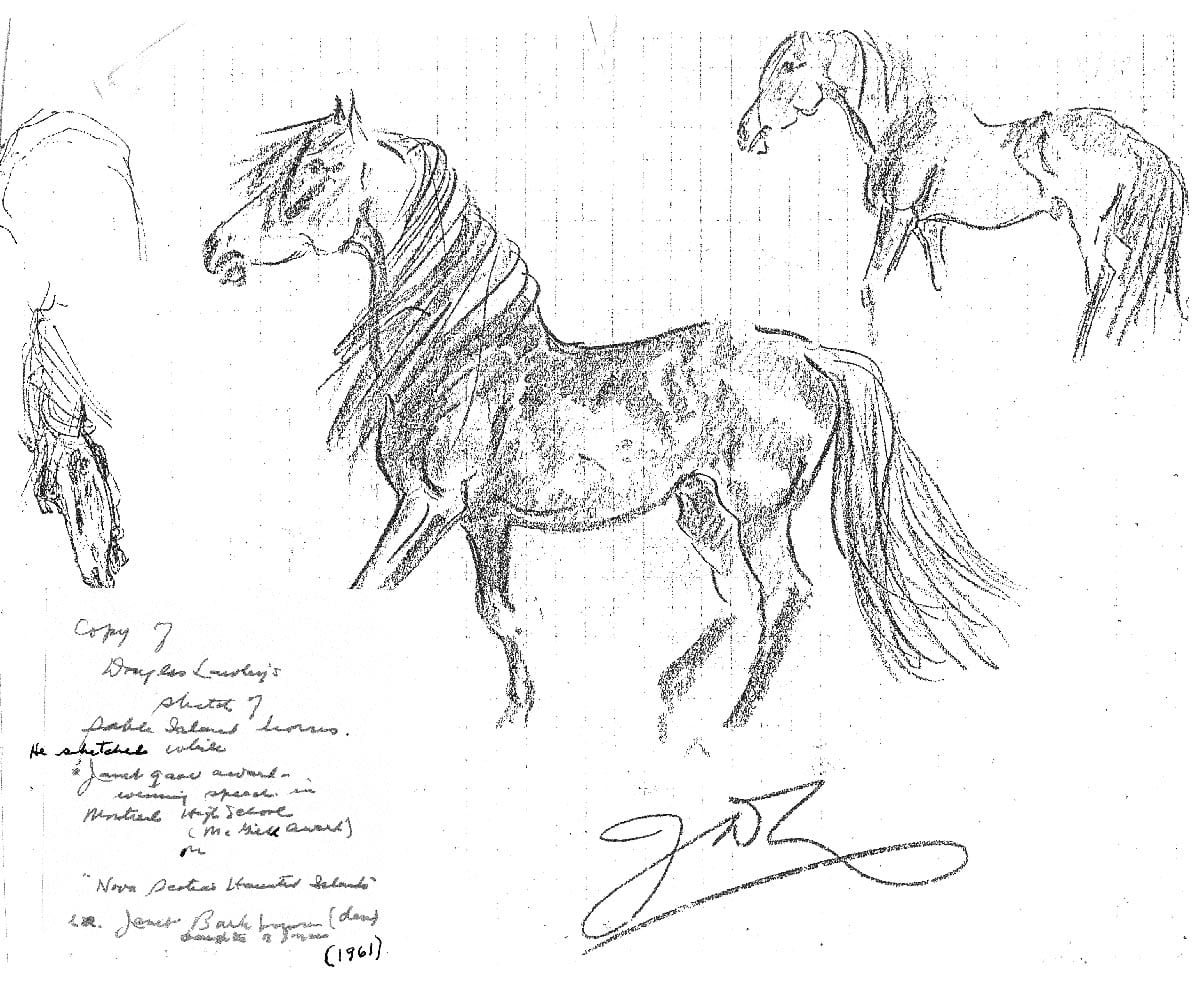 Posted at 22:47h in Connections by Zoe Lucas 0 Comments
0 Likes

My connection to Sable Island began with my mother, Joyce Barkhouse, CM, ONS, when I was a teenager. The Montréal high school I was attending had an enthusiastic English teacher, and everyone in her class had to make a speech, with the goal of winning a place in the city-wide McGill Alumnae Public Speaking Contest. I was in a stew.

“I don’t know what to talk about,” I fumed. My mother, who as a teen had won a provincial public speaking contest in her native Nova Scotia, said, “You like to tell ghost stories. Why don’t you tell some for the competition?”

So I did. “The Haunted Islands of Nova Scotia” won the school competition, and took me to a different high school for district semi-finals. There, one of the judges approached me after the speeches were over, and introduced himself.

“I’m John Lawley,” he said. “I enjoyed your speech, especially the part about Sable Island. While you were speaking, I sketched some Sable Island horses. Perhaps you’d like to have them.” He tore a sheet off a pad of graph paper, and gave it to me. I thought the sketches were magical, and showed them to my mother.

She gasped. “That was J.D. Lawley,” she told me. “He’s well known for his paintings of Sable Island Horses. Haven’t you noticed the beautiful oils in Dr. Fenwick’s office?” Of course I had, but, as you can imagine, the next time I went to our dentist, I looked at them with renewed interest.

I still have that sketch John Douglas Lawley made in a high school auditorium fifty years ago. It marks the beginning of my fascination with Sable Island.

Janet Barkhouse
Prepared for the Friends of the Green Horse Society, September 2009