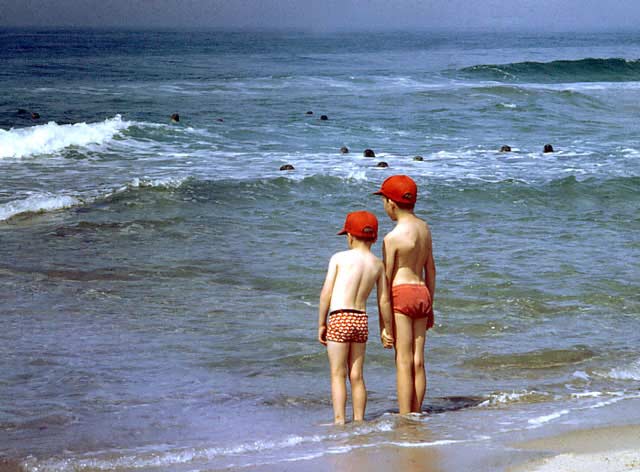 Posted at 14:32h in Connections by Zoe Lucas 0 Comments
0 Likes

The seals of Sable Island fascinated me during that summer 40 years ago – a few always appeared nearby if you stared at the water long enough. I remember vividly how they would swim inside the crest of a breaking wave, moving silhouettes that seemed to roll as they swam, faster than human swimmers, in their bright tunnel of water. I did improve my body-surfing skills out there that Summer. In retrospect, now knowing that Greenland Sharks have taken to hiding in the undertow, luring young seals, I am not so certain it is advisable for a visiting young person! Isolated seals basking on the beach were easier to approach than the herds, which would stampede into the surf when disturbed. My brother and I came across a first-year Grey Seal on its own, asleep. It awoke and looked at us briefly before barking and making an escape. The movement of seals on the sand, pushing and sliding themselves like one big appendage, is not particularly graceful, but effective. It is a happy thought that they play and sport their swimming prowess in the Summer waves.

Andrew McLaren
Prepared for the Friends of the Green Horse Society, October 2009