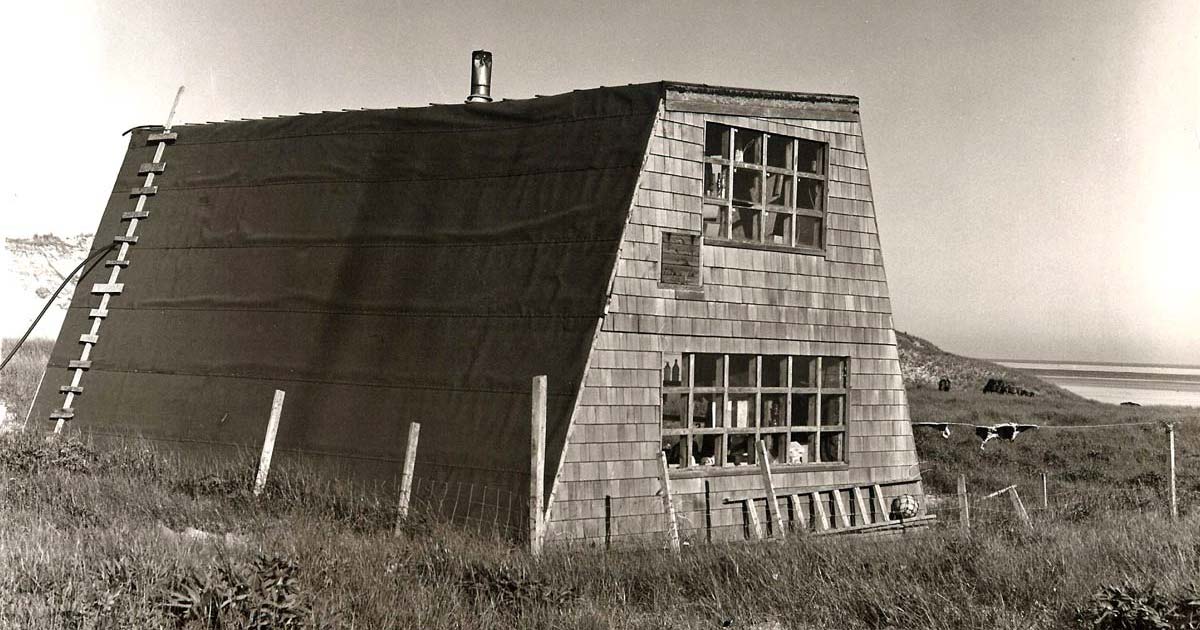 Image above: The “aframe” on Sable Island. Originally built as a field camp for Dalhousie University researchers studying harbour seals, in 1976 it became home base for the dune restoration crew.

My first visit to Sable Island was in the summer of 1974. At that time, I was a surveyor working for a Calgary based survey-engineering company. One of the company’s clients was Mobil Oil. My job was to go out to the island and “tidy up” the survey of Mobil’s West Sable well site. The previous surveyor had omitted some important measurements. The West Sable well was the first significant discovery on the island, and it led to a lot more exploration activity in the waters immediately around the island. The actual survey work didn’t take very long, but it required the help of the resident “weather men”, who provided a Land Rover and a place to stay at the weather station. This was my first exposure to the cooperation between the island’s few residents (personnel with the Meteorological Service of Canada and the Nova Scotia Department of Lands and Mines) and the oil and gas operators who were working just offshore. This continued for several decades, much of it in the form of helicopter support.

Other memories of that first visit – it took a long time to get off the island for weather related reasons. The handful of residents were actually quite interesting people, or mildly eccentric, or both – depending on how long they’d been there. A favourite recreation was watching TV at the weather station. There was some audio, no actual picture (just “snow”), but it was still TV. The derelict buildings nearly buried in sand (reminding me of the poem “Ozymandias”). The great quiet (except for the wind and the surf), and the natural beauty of the place. A beach comber’s paradise. Horses and birds…

Over the next seven years, I was involved in many offshore surveys around the island. These surveys included site surveys, bathymetric surveys, marine seismic surveys, and rig positioning operations. The survey technology of that time required range measurements from the survey boat to fixed and coordinated points, so the Sable Island became quite a valuable platform. There were up to three survey stations on the island, and several more on the mainland. These all had to be set up, powered, maintained, and occasionally re-erected. On the island, this usually required a couple of surveyors, with transport, supply, and communications capability. We stayed at the Dept. of Mines house, and camp rules applied (be a good guest, and leave the place neat, clean and well supplied). These surveys took about a week, and there was usually some time to socialize with whoever else was on the island. The photo below, taken in 1976, shows surveyor Steve Nichol stopped for a chat with two members of the dune restoration crew on their well-used and bandaged tractor. 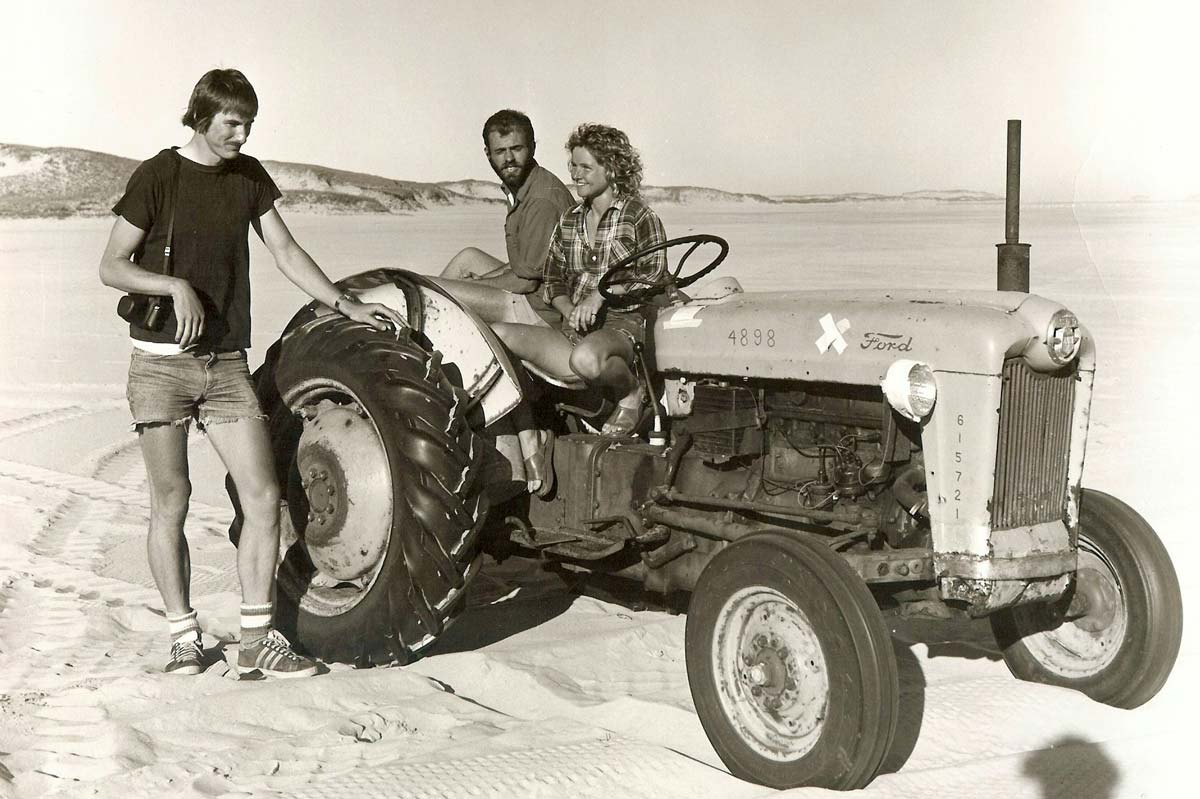 “Nothing beside remains. Round the decay
Of that colossal wreck, boundless and bare
The lone and level sands stretch far away.”