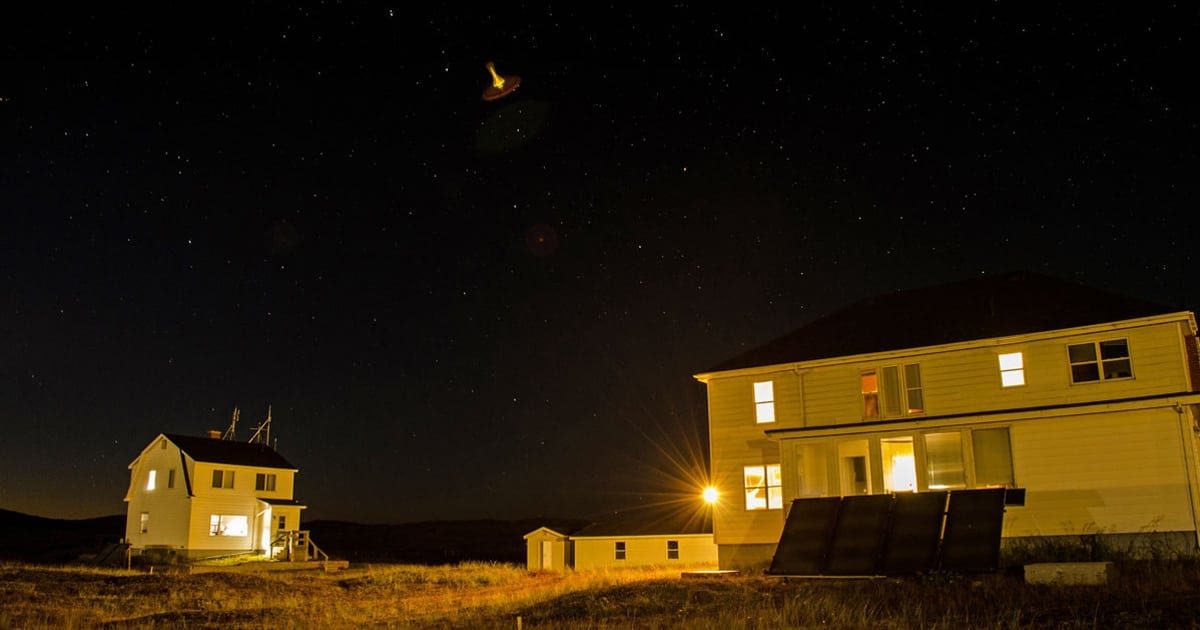 Above: A view from the Sable Island Station, roughly towards the northwest, shows a shape like a spinning top glowing in the sky above the Station. Photo Wayne Broomfield (25 second exposure, ISO 100, f/5.6).

In October 2016, Wayne Broomfield spent two weeks on Sable Island working with Parks Canada on infrastructure projects. On a starry night he set up his tripod in the yard between several buildings at the Sable Island Station and manually took a series of digital photos. When Wayne examined the photos, he saw a peculiar but very clear image in the sky—something he hadn’t seen while taking the pictures.

In trying to identify the image, various possibilities were discussed—balloon, bolide, meteor shock wave, or a cloud of exhaust particles from a rocket launch. The photo was forwarded to Gerry Forbes (manager of the Meteorological Service of Canada’s Sable Island operation) and he was able to track down the answer. 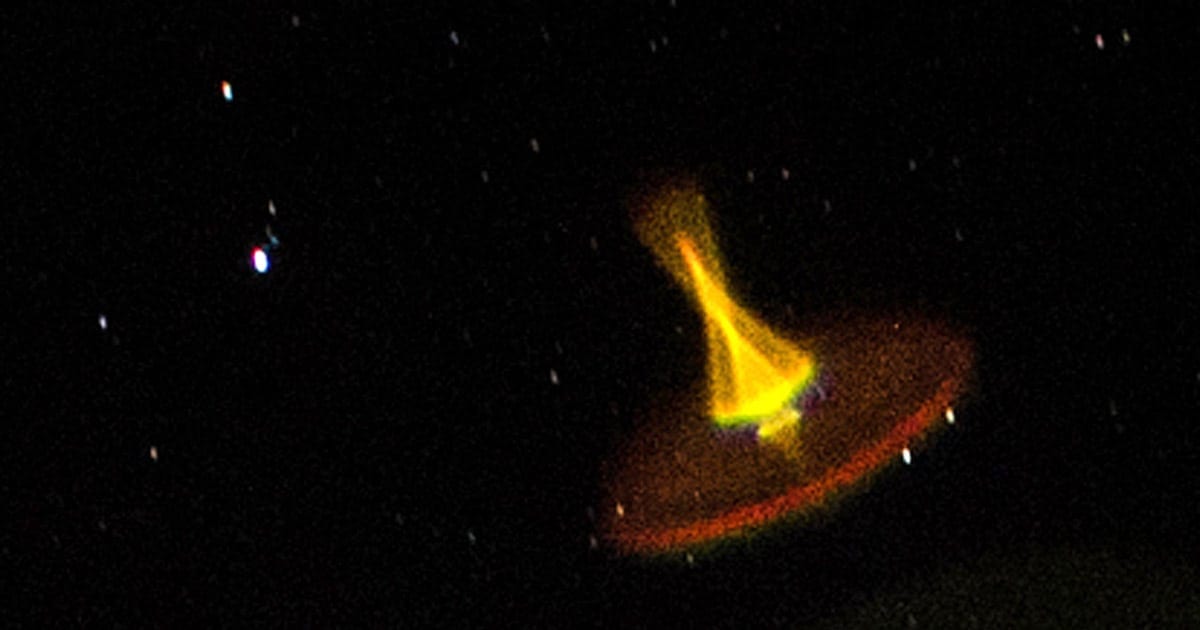 A crop and blow-up of the artifact in Wayne’s photograph. 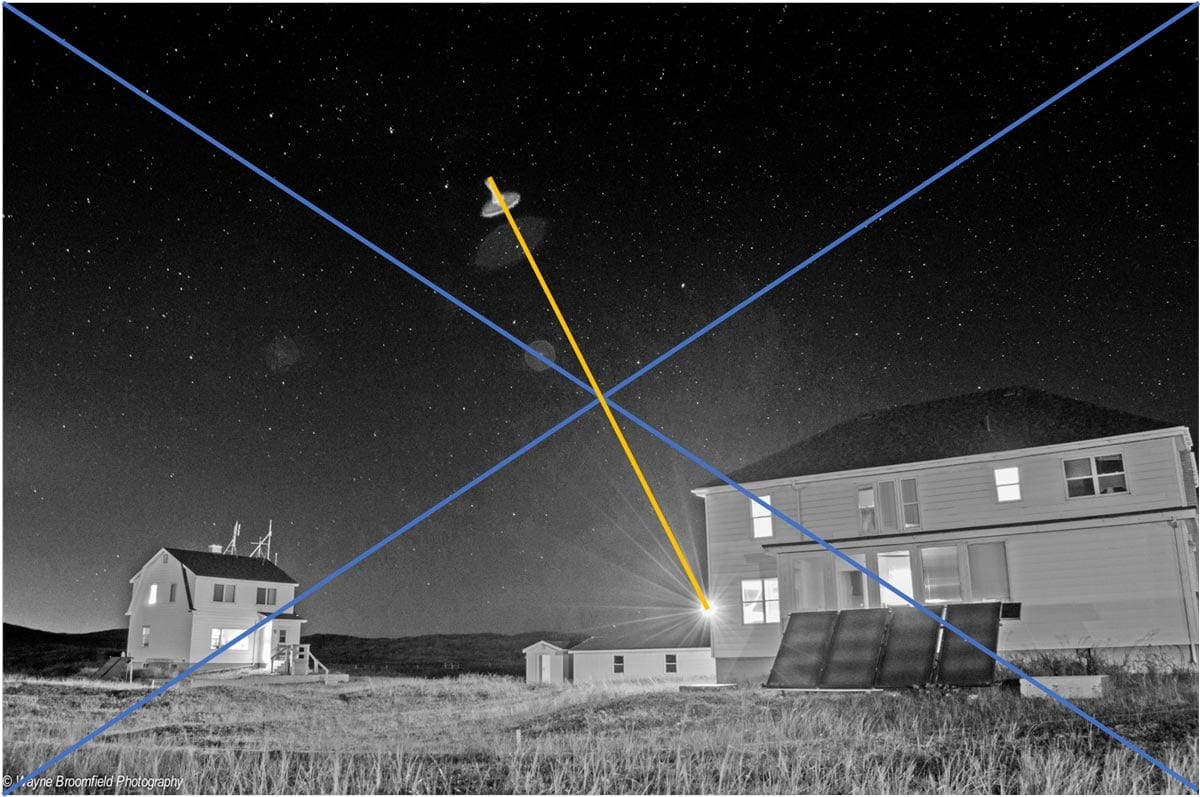 Diagram of the effect explained above by Randy Attwood.

Although not as exotic as a bolide or an alien probe, the lens flare is nevertheless remarkable. Thanks to Wayne Broomfield for sharing the image, to Gerry Forbes, and to Randy Attwood for his explanation.