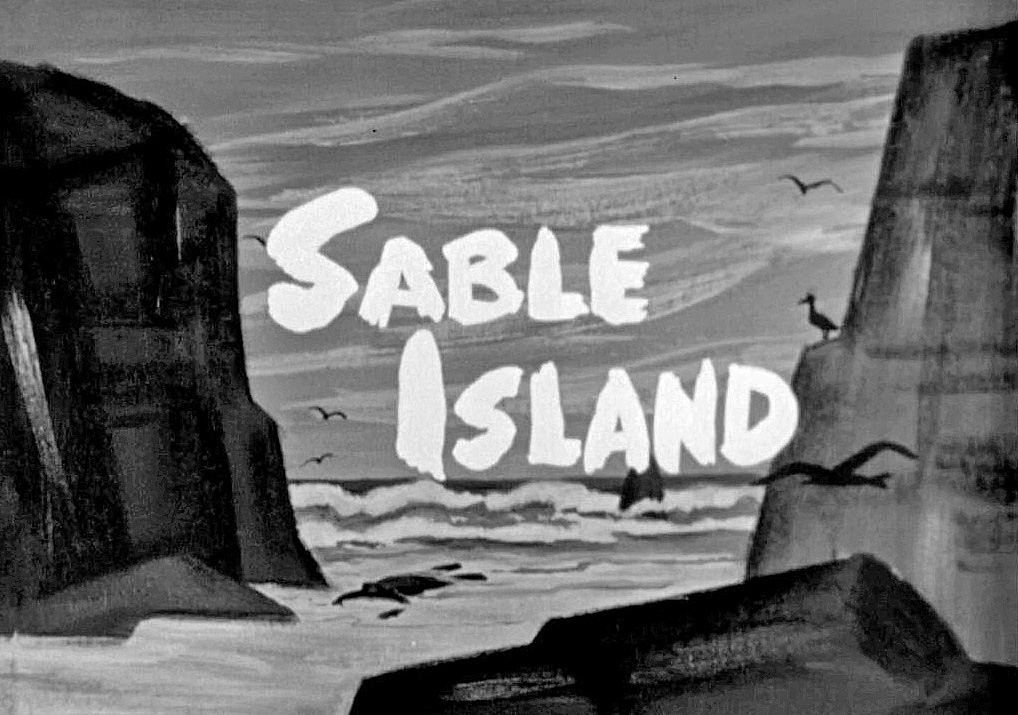 Image above: Title frame of the film “Sable Island”, National Film Board, 1956.

I first learned about Sable Island as a 10 year-old city boy from England, still adapting to life in an isolated old house in rural Ontario. My parents had left me home alone on a sunny Saturday afternoon and I was taking full advantage to watch television unsupervised. It was still an exciting new technology, consisting of one Canadian channel – CBC – which had started broadcasting just four years earlier. I switched on just in time to catch the start of a documentary about Sable Island.

I was fascinated and my wide-eyed face was drawing ever closer to the screen when, about twenty-five minutes later, the host entered an abandoned old house and began reading from a dusty book about the legend of the ghost of a shipwrecked woman whose finger had been cut off for her gold ring. Suddenly, without warning, the sound track of this apparently serious documentary turned to a weird groan, followed by a burst of dramatic orchestration, with the camera panning to a broken window where a hand was rising outside – apparently with the ring finger missing! What felt like an electric shock from sheer terror went up my spine. I rocketed out of the house and stayed outside until my parents came home. For some years after I never complained about being supervised while watching TV. 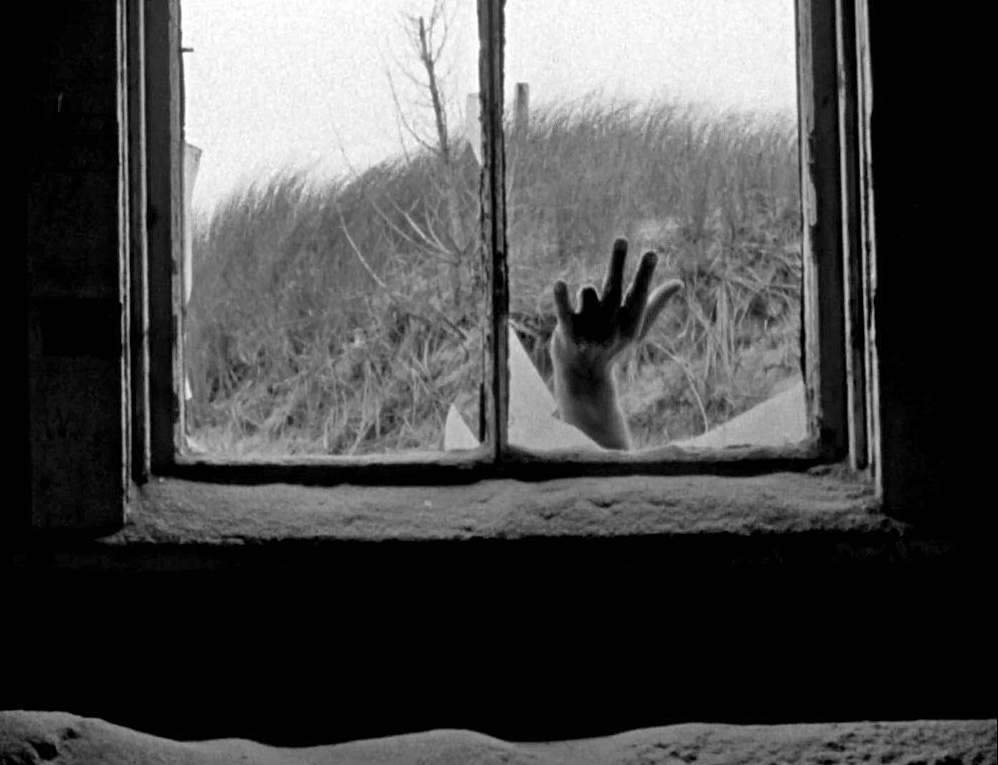 It’s taken more than sixty years and invention of the internet to discover that it was part of the National Film Board’s innovative “Perspective” series which blended traditional factual documentary with dramatic fiction to tell a good story for TV. Today the episode can be streamed from NFB’s website (https://www.nfb.ca/film/sable_island/).

At last I know how the episode ended.