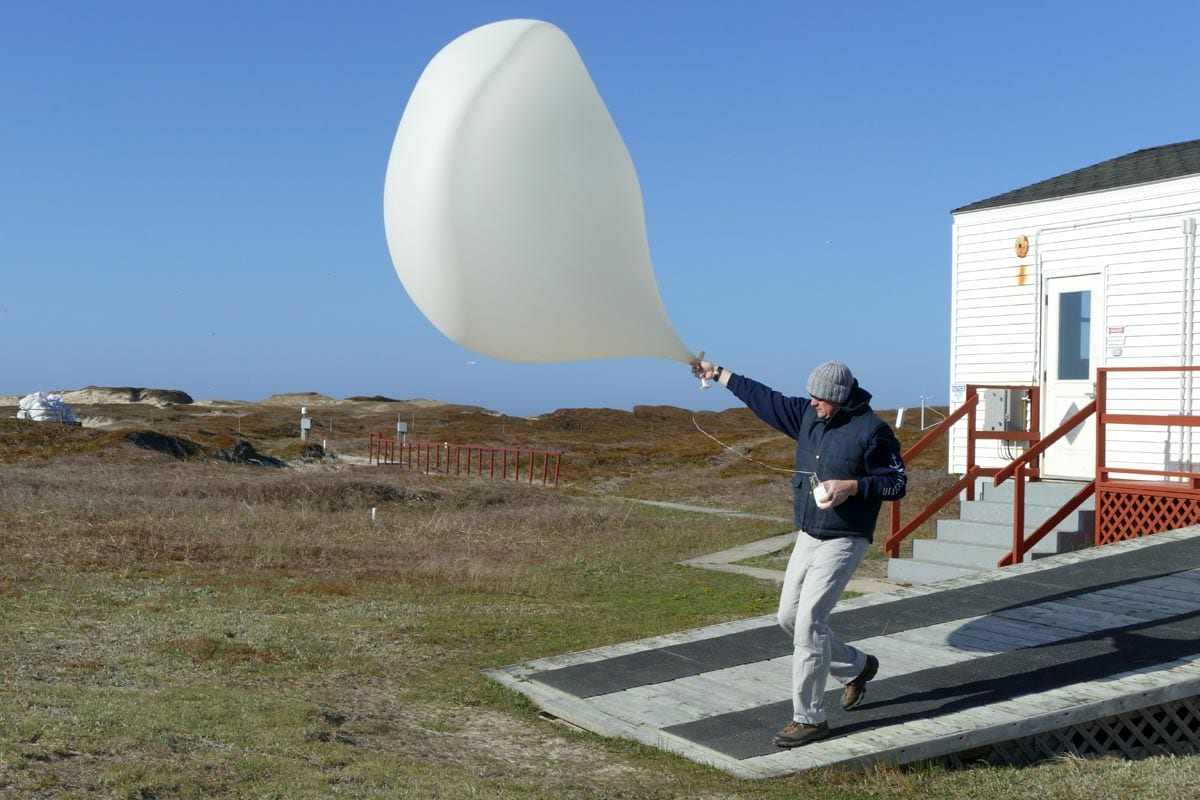 Posted at 22:44h in Connections by Zoe Lucas 0 Comments
0 Likes

During the Spring and Summer of 2017, I was fortunate to be deployed to Sable Island for the Meteorological Service of Canada, as an Aerological Observer. My duties included preparing and performing aerological soundings (radiosonde weather balloons), taking daily climatological measurements, and maintaining various air chemistry monitoring equipment. These were all tasks which I had performed elsewhere in the country; from the farmlands of Alberta, to the rugged tundra of the High Arctic. I was excited to experience the oceanic environment that is Sable Island. I knew of the island from its storied past of shipwrecks, extreme weather systems, piracy, lifesaving stations, and the iconic Sable Island horses; however, I knew little of the intricate details of the island’s history. I was really looking forward to spending some time on Sable Island, and being near the ocean again. I was not expecting the opportunity to make such great friends in the colleagues I worked with on the island, as well as Zoe Lucas, the island’s naturalist.

One of my favorite experiences during my tour was when we released a radiosonde balloon in relatively high winds. There was a storm ripping up the east coast during late June, and it had its sights set on us. I watched the pathway of the storm during the early afternoon, and expected to get called in to help with the 2315Z release for safety reasons. During higher winds we have the second technician brought in for safety concerns. As we approached the period of release time, I took a walk outside and noticed the skies were clearing up. I could see dark clouds all around me, but yet looked up and saw blue skies. We were in the eye of the storm. During the balloon release the northern edge of the southern arc of the storm began closing in on us, and the winds picked up to approx 40 knots. My co-worker Gina Little successfully released the balloon and we had a successful flight. Shortly after the release time, the winds picked up even more and topped out at 52 knots that night. Quite the experience for myself, knowing that others in the past have endured stronger storms. No damage was evident at the station to any of the infrastructure or atmospheric monitoring equipment. A truly characteristic Sable Island experience.

Life on the island was not always about work. I was fortunate to have walked or been driven around the entire island. Kept a safe distance from the wildlife, and ocean shores; took in more than my fair share of picturesque sunsets to the point that I feel spoiled for the tranquility I felt in such a dynamically volatile environment. I learned many stories from the people who have lived and worked there for many years. It is a very special place, one that few get to experience in their lifetime. The soul of Sable is one that each person experiences for themselves from their own perspective, and can be felt in every sand grain piercing the skin, or the gentle scent of the salty ocean air. I hope to someday make it back to the isle of sand, and enjoy the solitude of such a barren yet thriving environment.

Image above:  On a breezy day in May, Mike Maurice launches a hydrogen-filled weather balloon, the radiosonde in his left hand. Photo Zoe Lucas