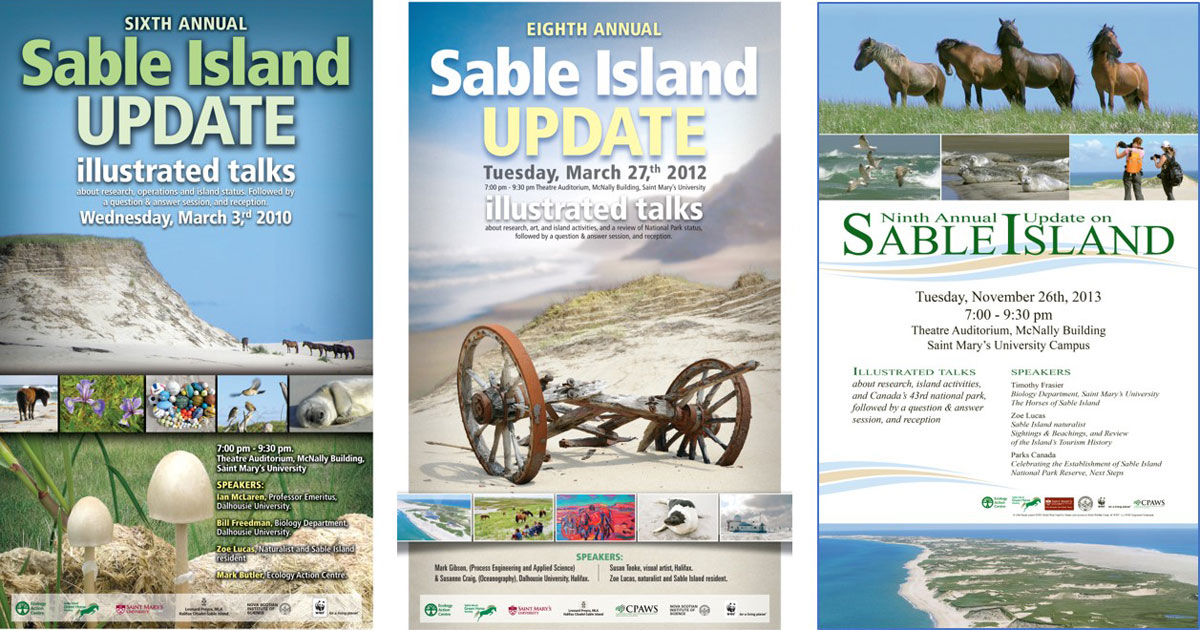 All are welcome, and there is no charge for this event.

This public meeting has been organized by the Sable Island Institute and the Ecology Action Centre, and co-hosted by Saint Mary’s University. The program will include illustrated talks, with speakers Krista Patriquin and Eryn Foster discussing features of the island’s ecology and research, and its role as an inspiration and subject in the arts. Zoe Lucas will review some significant events and highlights of the past few years. The presentations will be followed by a question & answer session, and Alannah Phillips, Park Manager, Sable Island National Park Reserve, will join the speakers for the Q&A. The meeting will conclude with a reception (snacks and beverages) and conversation.

Please mark this date in your calendar. More details to follow!

History of the Sable Update Meetings

The annual Sable Island Update series began after a public meeting about Environment Canada’s plan to close the Sable Island Station. That meeting—Sable Island: Uncertain Future?—organized by the Friends of the Green Horse Society and the Ecology Action Centre, was held first in Halifax (October 2004) and then in Ottawa (February 2005, and co-hosted by the Ottawa Field Naturalists, the Canadian Museum of Nature, and Nature Canada). 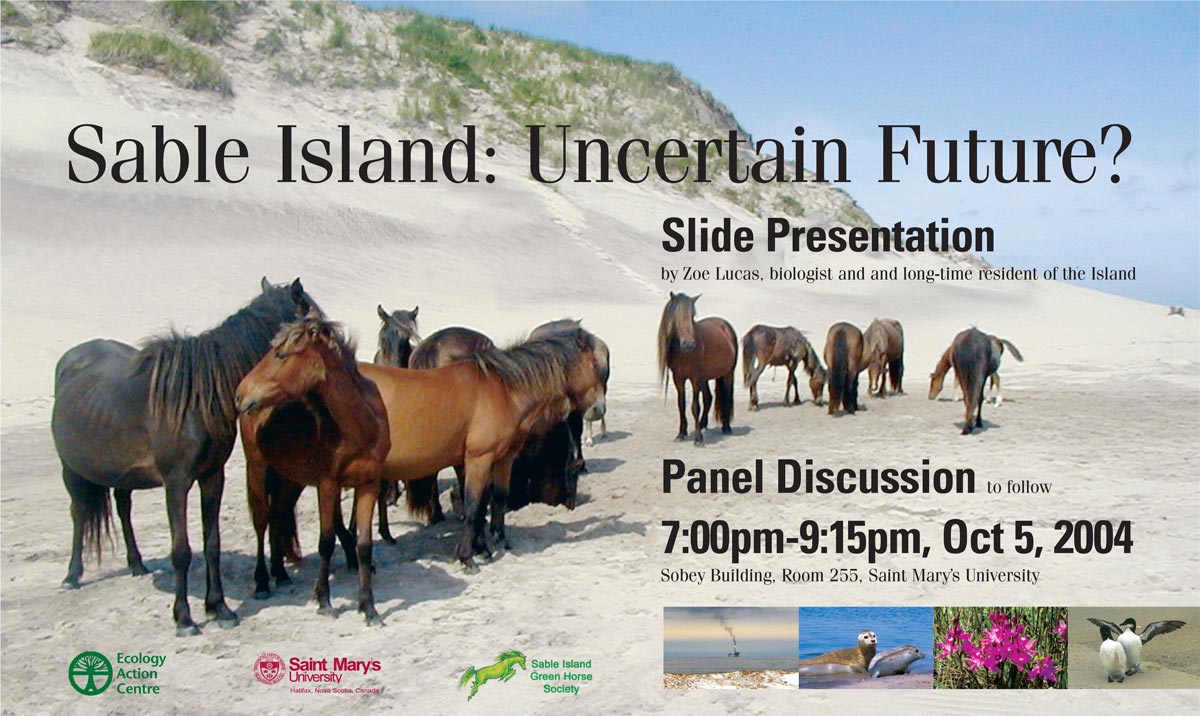 Poster created by graphic designer Tim Clarke for the first Sable Island meeting organized by the Friends of the Green Horse Society and the Ecology Action Centre.

By spring 2005, Environment Canada and Fisheries and Oceans Canada had jointly announced a commitment to the maintenance and support of the Sable Island Station, and to the protective year-round human presence on the island provided by the station.

To report and review the welcome progress, and to thank the community for its interest and support, another public meeting was held in February 2006—it was titled “Sable Island Update”. So began the series of annual meetings, all organized by the Friends of the Green Horse Society and the Ecology Action Centre, and co-hosted by Saint Mary’s University, the World Wildlife Fund Canada, the Canadian Parks and Wilderness Society, and the Nova Scotian Institute of Science.

The last Update was in 2015. Now, with the Sable Island Institute building on programs and partnerships initiated by the Friends of the Green Horse Society, the Sable Island Update will once again be an annual event.